You are here: Home > Public News > North West Reservist Gunner presented with Silver on behalf of employer
◄Back to News 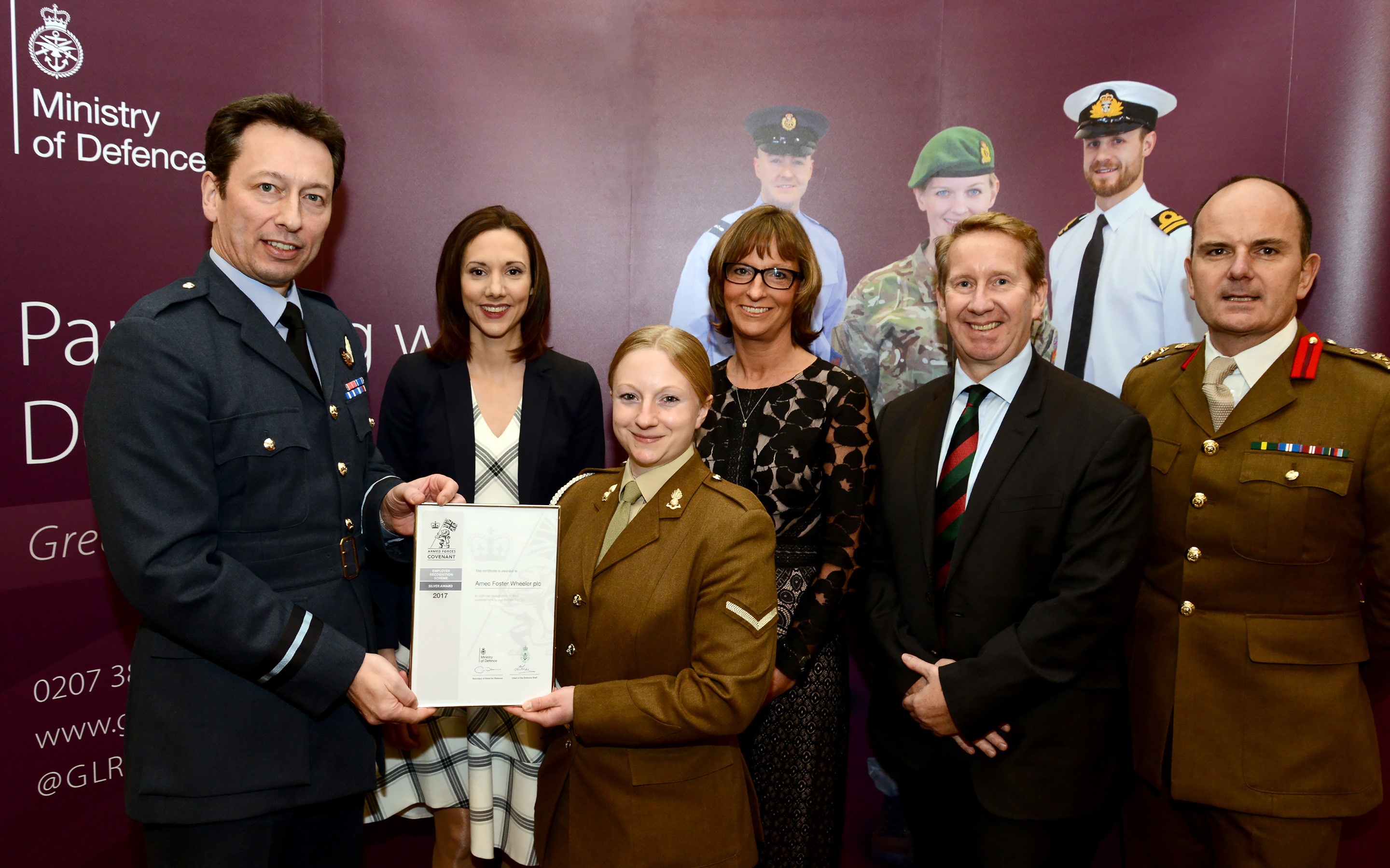 Sarah, aged 32 and an Engineering Consultant in her civilian job, joined 103 Regiment Royal Artillery four years ago. She completed her basic training in 2014 and went on to complete the Royal Artillery Level 2 Comms Course in 2014. In 2016 she completed her Level 2 L118 guns course and has since been on live firing exercises in the UK and Denmark.

Sarah said: “I am incredibly proud that Amec Foster Wheeler have been presented with the ERS Silver Award for their support to the Armed Forces. They have always been very supportive of my role as a Reservist, allowing me additional paid time off to attend Annual Camp and promoting more widely the additional skills that can be gained as a Reservist.”