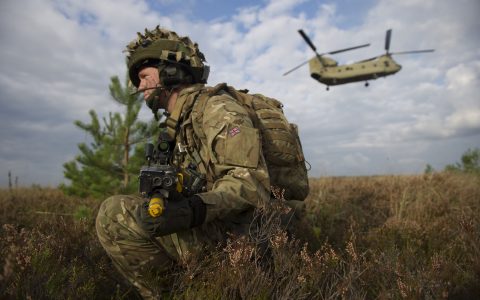 The Army Reserve is the largest of the Reserve Forces. The Army Reserve provides support to the Regular Army at home and overseas, and throughout its history almost every major operation has seen reservists operate alongside their Regular counterparts.

Army Reserve Soldiers come from all walks of life and work part-time as soldiers for the British Army alongside full-time Regular soldiers.

The role of the Army Reserve

The Army Reserve has two clearly defined roles. Firstly, it provides highly trained soldiers who can work alongside the Regulars on missions in the UK and overseas. Secondly, it gives people who have specialist skills, like medics and engineers, a range of exciting opportunities to use them in new ways.

Over the next few years the role of the Army Reserve will be expanded and they will work even more closely with the rest of the Army. This means that there will be more opportunities for people who want to enjoy the challenges that come with being a Reservist.

How is the Army Reserve structured?

At the heart of life as a Reservist is the local Army Reserve Centre. This is where soldiers work and train, although they will travel as they gain experience. The Army Reserve Centre could be home to a detachment of over 30 soldiers, part of a company, squadron or battery of over 100 soldiers or a regiment of over 500 soldiers. Each of these elements has a military task and a variety of jobs within it.

For more information about the Army Reserve and how to get involved, click here…