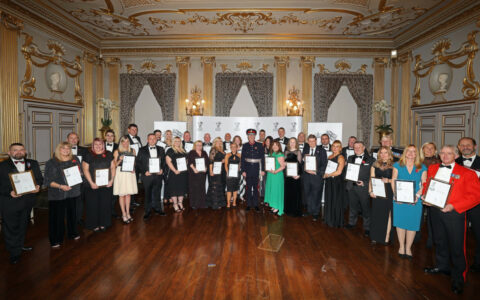 In 2014, the Prime Minister launched the Defence Employer Recognition Scheme. The Employer Recognition Scheme recognises organisations who pledge, demonstrate and advocate their support for the Defence community. There are three tiers of award – Bronze, Silver and Gold – for employers who advocate support to the Armed Forces Community in alignment with the Armed Forces Covenant.

Bronze Award holders are self nominated by employers who pledge their intention to support Defence, and take a positive stance towards Reservists who are either existing or prospective employees.

Bronze Award holders seek to promote an Armed Forces friendly position, and are open to employing Reservists and supporting their training and mobilisation commitments.

Silver Awards holders demonstrate support for Defence, employing at least one Reservist, actively communicating and upholding a positive stance to their employees via established HR policies and procedures.

Silver Award holders support Reservists by showing flexibility to plan for and allow them to fulfil their annual training and mobilisation commitments.

To assist with the submission process, view our Defence ERS scheme Silver Award advice and guidance booklet below.

Gold Award holders proactively advocate and support Defence, communicating their commitment both internally to employees and externally to the wider community, through established policies and examples of support.

In November 2018, The Sovini Group from Merseyside received the Gold award for their support of the Armed Forces Community. View the Sovini Group case study.

Could you nominate an award winner?

Nominations for the annual Gold and Silver ERS Awards can be made by third parties. They can be made by employees within that company or by others that simply know of good reasons as to why a company should be nominated. Companies and organisations can self-register for Bronze Awards throughout the year, and begin the process of demonstrating their commitment at any time of their choosing.

Deadlines for nominations for 2022 are below.

Bronze Award nominations are through out the year.