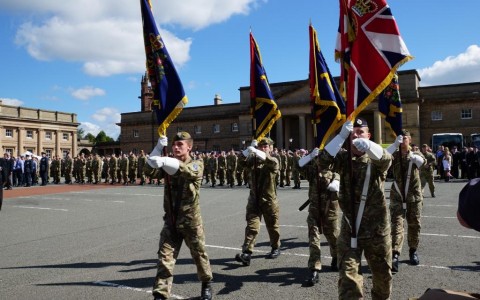 In June 2012 the Prime Minister and Deputy Prime Minister announced the Government’s Cadet Expansion Programme (CEP) to increase the number of state funded schools with their own cadet force unit. The programme was given £10.85 million by the Department for Education (DfE) and Ministry of Defence (MOD) so that more young people can benefit from the cadet experience in school, and to increase in the number of state schools benefiting from having a cadet force as part of school life. Following the initial success of the CEP it was expanded further in 2015 with the allocation of £50 million from LIBOR Funds to reach 500 schools by 2020.

The CEP is part of the Government’s aim of promoting military ethos in schools; to instill values in young people that will help them get the most out of their lives, and to contribute to their communities and country. This means pupils developing qualities such as self-discipline, loyalty and respect, strong leadership, teamwork and resilience which will help them achieve excellence and shape their own future. The programme focuses on Combined Cadet Force units ensuring that as many pupils from a state school have the chance to experience the life-enriching activities of military cadets as part of school life – this mirrors the military activity offered in many of the best independent schools in the country.

The programme has reached its target of 500 new schools.  The milestone was reached at the end of 2018.

The North West is the second largest area for CEP with 34 school being established under CEP.

At the Conservative Party Conference in September 2018, the Secretary of State for Defence, Gavin Williamson MP revealed plans to grow the number of cadets in schools to 60,000 by 2024, giving even more young people the opportunity to learn new skills by joining a cadet unit.