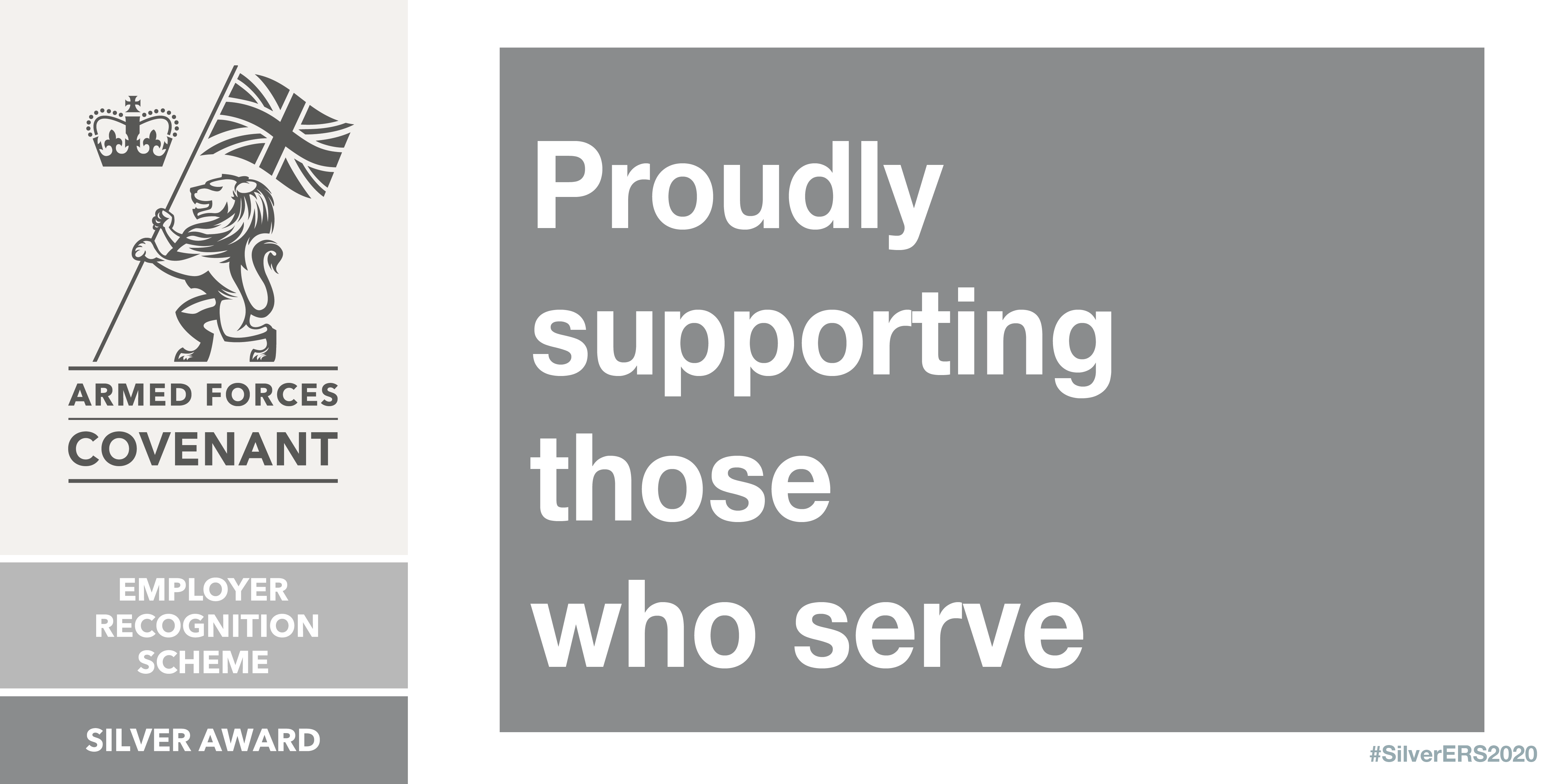 Thirty six organisations from across the North West of England have been awarded Silver under the Ministry of Defence Employer Recognition Scheme for their support to Defence and the wider Armed Forces community.

The Employer Recognition Scheme was launched to reward employers who support Defence People objectives and encourage others to do the same. This includes employing serving and former members of the Armed Forces community, and demonstrating flexibility towards training and mobilisation commitments for Reservists and Cadet Force Adult Volunteers.

This year the following employers from across the North West of England have been awarded Silver:

Commenting on the announcement of the 2021 Employer Recognition Scheme Silver awards; Minister for Defence People and Veterans, Leo Docherty said:

“I would like to thank all the organisations who have proven their support for the Defence community during such unprecedented and challenging times. The vast range of those recognised this year demonstrates how employing the Armed Forces community makes a truly positive and beneficial impact for all employers, regardless of size, sector or location.”

“On behalf of the Ministry of Defence we are honoured to be able to recognise the support and commitment given to the Armed Forces Covenant by employers in the region, through the Employer Recognition Scheme awards. Each recipient has demonstrated not only that they support the Covenant and the Armed Forces community, but also that they are prepared to support their Reservists, Service Leavers, Veterans and Cadet Force Adult Volunteers in the workplace.”