You are here: Home > Public News > INS shows its support for the Armed Forces
◄Back to News

INS shows its support for the Armed Forces 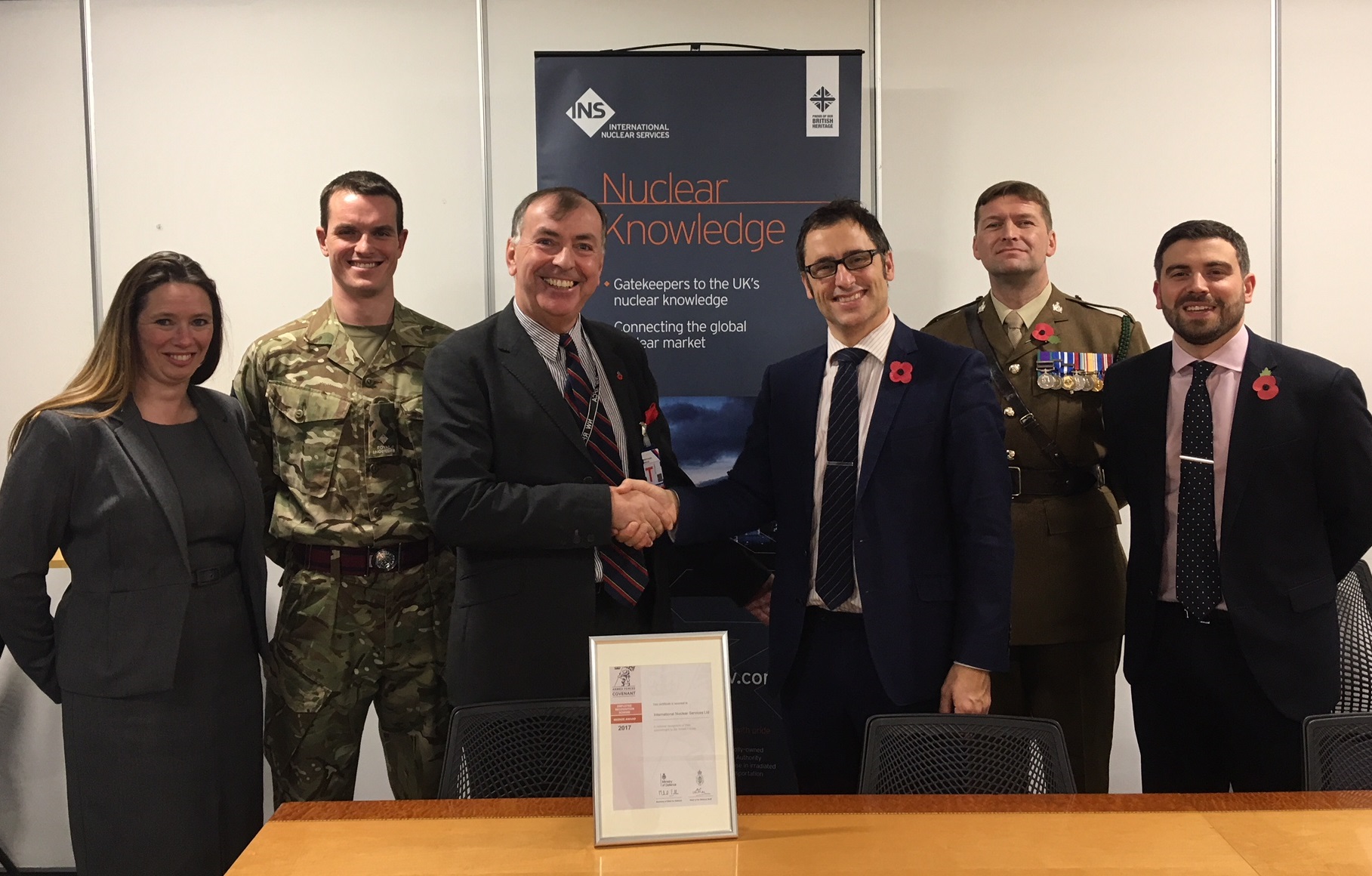 By signing the agreement INS has pledged that Armed Forces personnel, veterans, Reservists and their families will be treated fairly by the company.

The scheme recognises commitment and support from UK employers for current and former Defence personnel. Awards are given to employer organisations that pledge, demonstrate or advocate support to defence and the Armed Forces community.

Lt Colonel Wotherspoon said: “On behalf of the Ministry of Defence I’m delighted to be able to recognise the level of support and commitment given to the Armed Forces by INS. INS has demonstrated not only that they value the ethos of the Armed Forces but also that they are prepared to help Reservists and former servicemen and women in the workplace.”

INS is a subsidiary of the Nuclear Decommissioning Authority. They are the world’s leading global shipper of nuclear materials and employ around 180 people in West Cumbria, Warrington, and at their marine terminal in Barrow in Furness.

INS employs a number of former service personnel and is an advocate of reservist schemes where they are supportive of allowing employees to take leave for training and deployment. The organisation also plays an active role in communities and has a longstanding relationship with the Barrow Sea Cadets near their marine terminal in Barrow in Furness.

Receiving the award from Lt Colonel Wotherspoon, INS Managing Director Seth Kybird, said: “We’re delighted to sign the Armed Forces Covenant and strengthen our support for current and former Service personnel. We employ a number of Reservists and former Service personnel and it has been amazing to see just how far those skills transfer into the business environment. It really is a win-win situation.”

Ben Goodwill joined INS as part of the nuclear graduates scheme and now works in the organisation’s busy commercial team. Ben has been training to become an Officer in the British Army Reserve and recently passed his final assessment and became a 2nd Lieutenant.

Ben said: “I’m grateful for the support INS has given me throughout my British Army Reserve Officer Training. In the week that we remember the sacrifices made by the Armed Forces, past and present, it makes me proud to work for an organisation that supports defence and the military community.”

For more information about the Armed Forces Covenant, visit nwrfca.org.uk/employers/