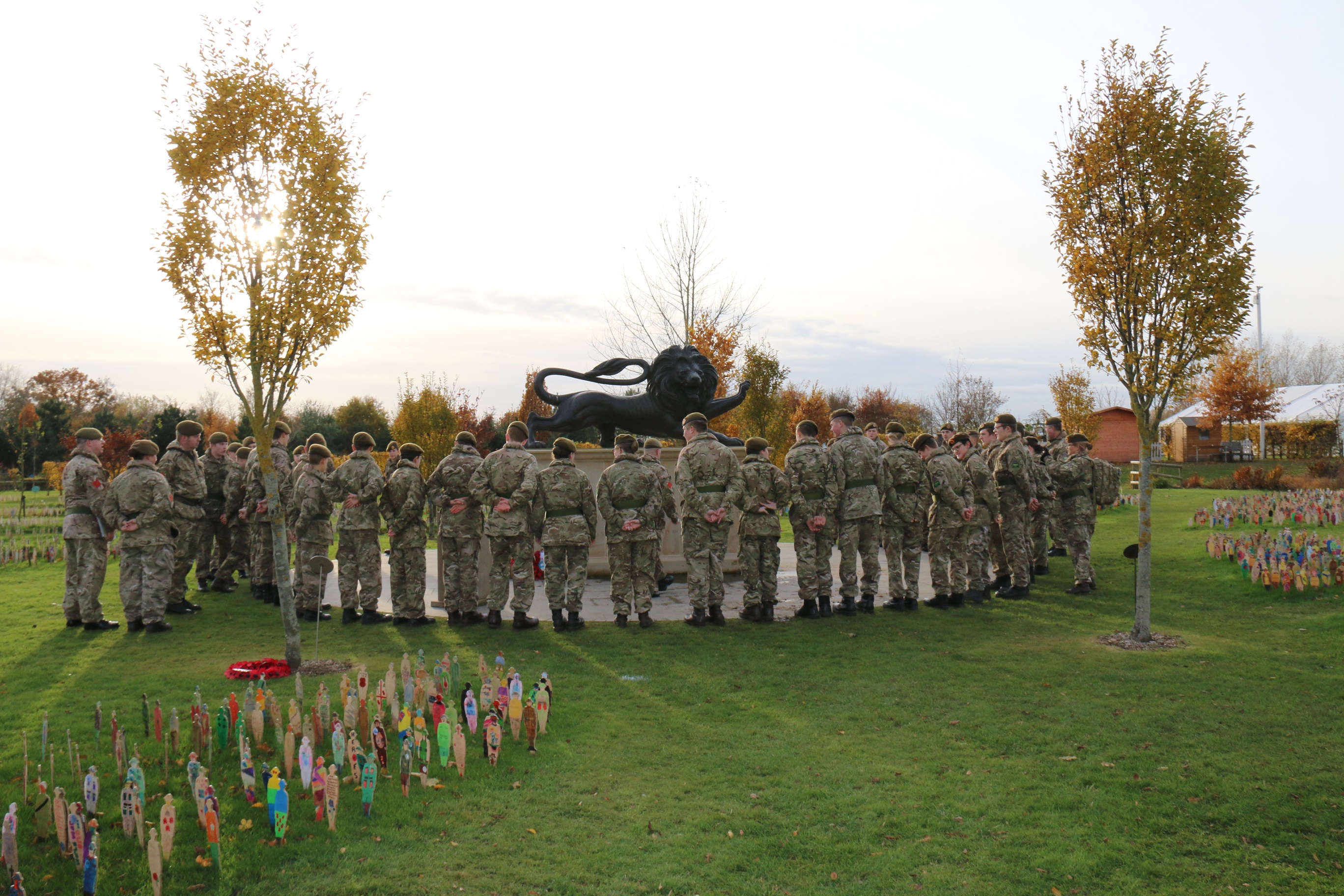 A group of 43 cadets and eight Adult Volunteers recently visited the National Memorial Arboretum in Staffordshire to pay their respects to fallen soldiers. The Arboretum is the UK’s year-round centre of remembrance; a spiritually uplifting place which honours the fallen, recognises service and sacrifice, and fosters pride in our country.  The cadets, from Arnhem Company, were contemplative and solemn as they viewed the memorials and walked around the park on a crisp and chilly autumnal day. 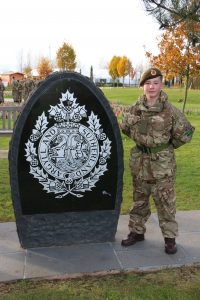 Cadet Harvey Wear, 13 from Penrith, wanted to be involved in the trip as his Great Grandfather had been in the Argyll and Sutherland Highlanders, and had participated in the D-Day landings in the second wave on Sword Beach during the Second World War. Wear wanted to see the Regiment’s memorial, and was thrilled when he found it: “I felt heartbroken and proud when I found the memorial.  I wanted to come on this trip to learn more and embrace how it all happened.”

The cadets paid respects to the Duke of Lancaster’s Regiment, holding a small ceremony led by RSM Andrew Harrison, and laying wreaths at the stunning memorial statue and the King’s Own Border Regiment memorial bench.

Afterwards, the cadets visited some of the larger memorials, including ‘Shot at Dawn’ and the First World War trench. Cadet Amy McKenzie, 14 from Longtown, was not expecting the arboretum to contain so many memorials to the fallen. She said: “The ‘Shot at Dawn’ display was so upsetting because the soldiers didn’t get any credit for what they did. They were just labelled as cowards. Now they can be recognised and remembered as heroes.” 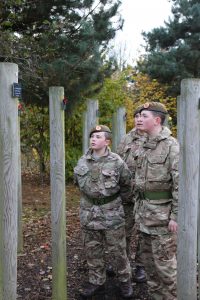 The Memorial Arboretum is a place of life, not a cemetery, represented by the 30,000 trees planted around the park. Cdt Sgt Ryan Black, 17 from Carlisle, was struck by the blank stone plaques at the Armed Forces Memorial which were strikingly situated next to list after list of names of fallen soldiers.  Ryan said: “The blank stone panels that have been left empty are worrying.  It makes me think of the stories and memories they’ll equate to in the future.”

Maj Ian Atkinson, Officer Commanding Arnhem Company, said: “I wanted to organise a trip that Cumbria ACF had never done before, and this was particularly poignant following remembrance weekend. All teenagers should visit a place like this to see the reality and poignancy of loss of life in war.”