You are here: Home > Public News > Award success at The Liverpool & Sefton Chamber of Commerce Business Awards
◄Back to News 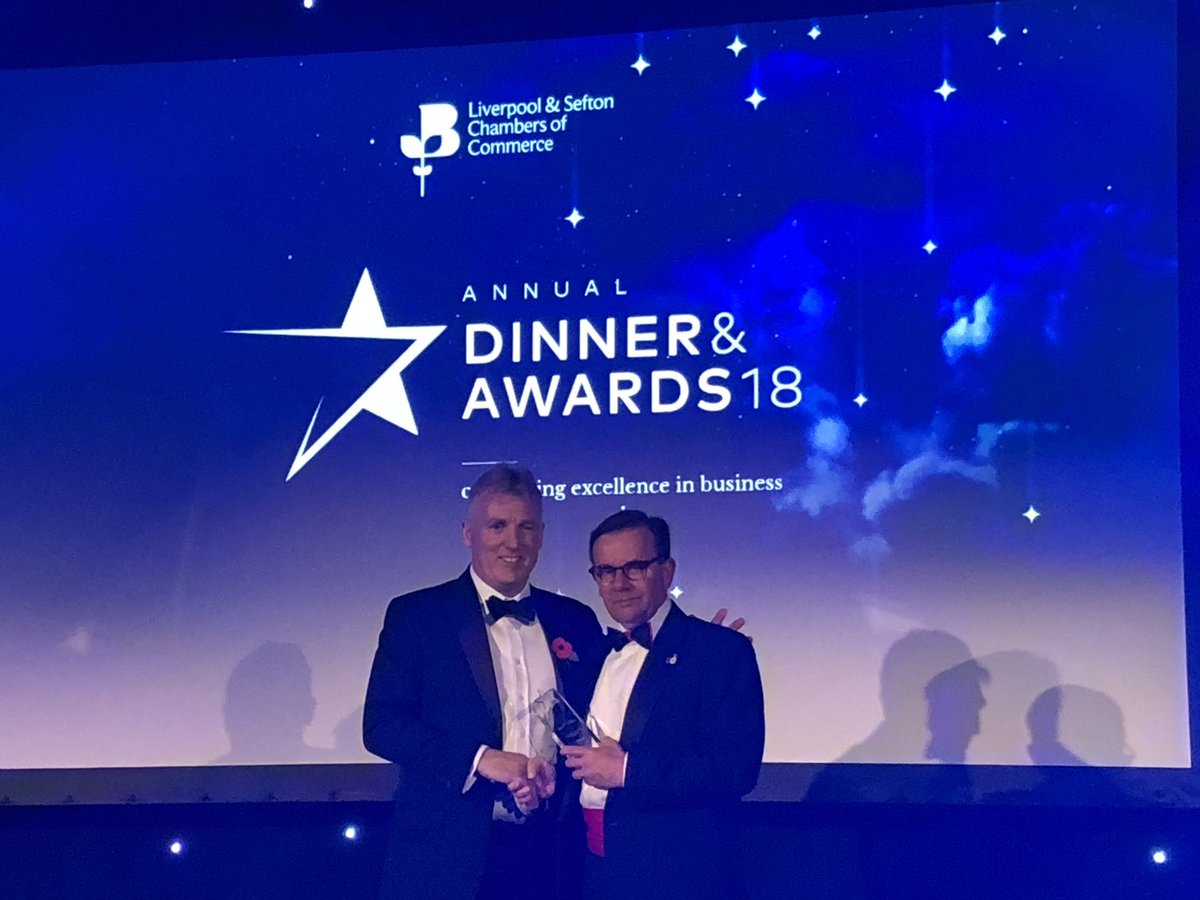 We recently celebrated success at The Liverpool Chamber of Commerce Business Awards which were held at The Rum Warehouse in Liverpool on the 1st November.

We are delighted to announce that Lieutenant Colonel (Retired) Gordon Black, Commandant of Altcar Training Camp, Hightown received the Local Hero Award which celebrates individuals who go above and beyond the call of duty and those whose actions often go unnoticed. The local hero award was sponsored by Rutherford Cancer Centre and Gordon was one of eight shortlisted nominees within the local hero category.

Gordon, along with his team received the award for leading the planning and construction project of four PODS (glamping cabins) which have been developed on an unused plot of ground at the Altcar training camp to provide a safe and relaxing environment for Wounded, Injured and Sick (WIS) serving and retired military personnel in order to aide their recovery.  The PODS are located amongst the 620 acres of land and 500 acres of beach at Altcar Training Camp.   The site will provide familiar surroundings for serving and retired service personnel and, where capacity exists, can be used by Cadets/others.   In addition to the four PODS, the area has been developed to provide a reception, workshop, kitchen/ablutions and barbeque facilities.   Wheelchair access is being developed.

Priority access to the PODS will be given to the Wounded, Injured and Sick Servicemen/Women (WIS) with the primary purpose that they and their families can enjoy a respite break in a secure and welcome environment.  The accommodation is basic but fit for purpose.   The project commenced two years ago and has been funded primarily by charitable donations.   Donations have come from far and wide and have included financial, material and people skills – throughout all age ranges.    The project has captured the hearts of the local residents who have held numerous tea/coffee mornings in order to raise funds for this ongoing project.   Phenomenal support has also been received from various agencies and local businesses.

Gordon has shown passion, determination and has worked tirelessly during his own free time to deliver his vision that the PODS will provide remarkable health and welfare benefits for the Wounded, Injured and Sick service personnel – serving or retired.    A thoroughly well-deserved award for Gordon and his team of volunteers.   Commenting on the award, Gordon stated:

It was a great honour and privilege to receive such an award on behalf of Altcar staff and all those who have supported this project.    We are indeed passionate about what it is we want to provide for our Wounded, Injured and Sick service personnel.   A big thanks goes out to the Rutherford Cancer Centre who sponsored this award.   I would also like to say thanks to everyone who have continued being part of the ongoing effort to provide this facility.