You are here: Home > Public News > World War One hero from Wirral honoured by Royal Artillery
◄Back to News

World War One hero from Wirral honoured by Royal Artillery 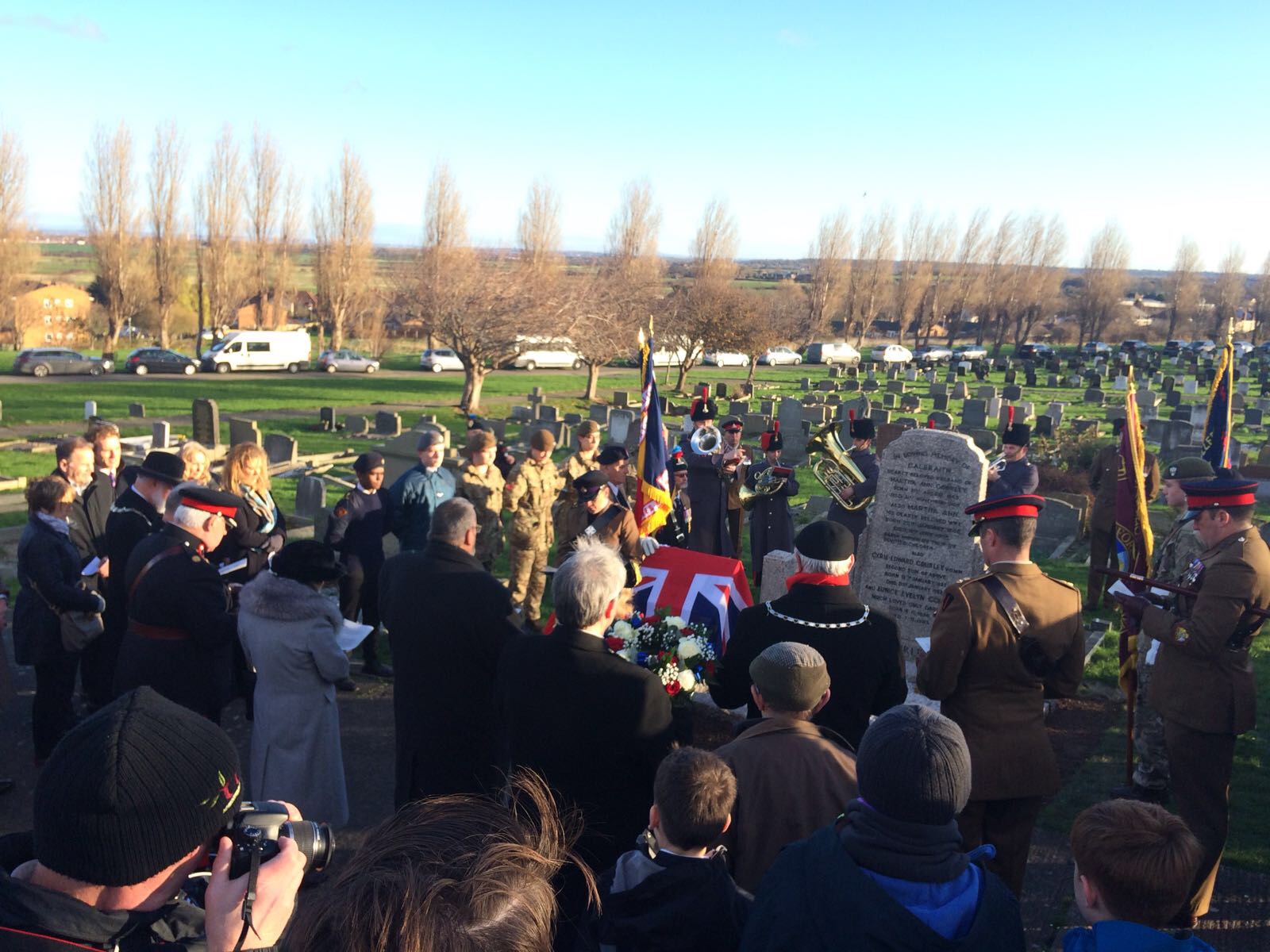 World War One hero from Wirral honoured by Royal Artillery

Thursday 30th November 2017 marked 100 years to the day of the award of the Victoria Cross to First World War hero Sergeant Cyril Edward Gourley MM, who attended Calday Grange Grammar School on the Wirral and is buried in Grange Cemetery, West Kirkby.

The day was commemorated with the unveiling of a plaque at Sgt Gourley’s graveside in West Kirkby and a memorial paving stone at Liverpool Parish Church.  In attendance were Army Reservists serving with Liverpool-based 208 (3rd West Lancashire) Battery, 103rd (Lancashire Artillery Volunteers) Regiment Royal Artillery, the unit directly descended from the unit with whom Sgt Gourley served.   Both events were also attended by Sgt Gourley’s nephew, Colin Gourley, who had travelled from Australia, representatives of Wirral and Liverpool councils and cadets and staff from Calday Grange Grammar School Combined Cadet Force.

Sgt Gourley was awarded the Victoria Cross for his actions during the Battle of Cambrai where he led a section of 4.5in howitzers.  The guns were surrounded and bitter close fighting ensued.  Despite being overrun and forced off the position, Sgt Gourley regularly led artillerymen back to the gun to get it back into action to support the 1/6th (Rifles) Battalion The King’s (Liverpool) Regiment.   Along with 12 other soldiers, who were all rewarded with gallantry medals, the position at Little Priel Farm was held.

Lieutenant Colonel Mike Edwards RA, Commanding Officer 103rd (Lancashire Artillery Volunteers) Regiment Royal Artillery, said: “Along with Wirral and Liverpool Councils, who have enabled this commemoration, the Regiment is honoured to mark this act of valour and recognise all those who have served and still serve in the British Army.  We are even more proud to do so with Sgt Gourley’s nephew, Mr Colin Gourley.”