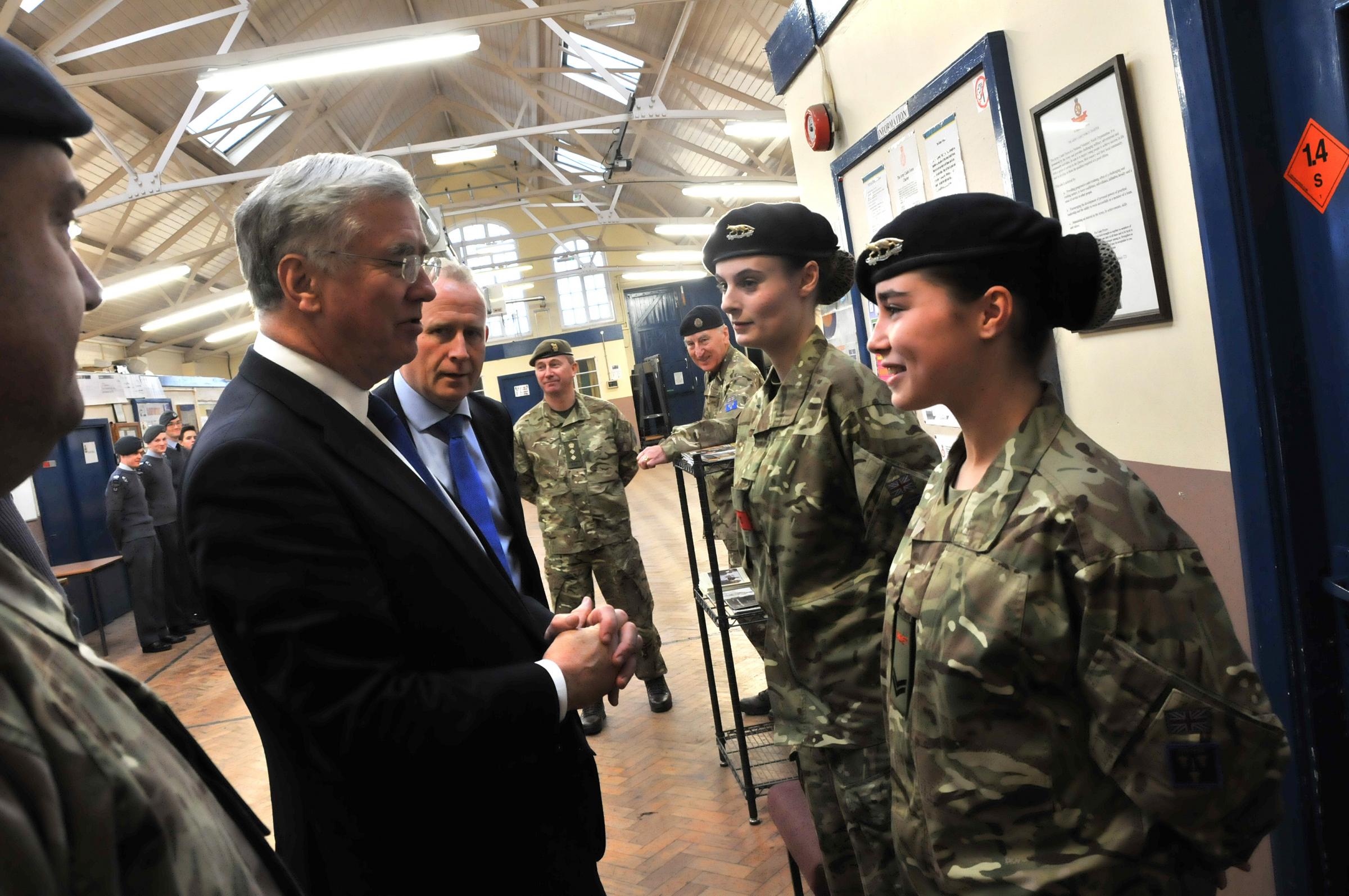 Cadets showcased the benefits of the Cadet movement when they met Michael Fallon MP, who was appointed Secretary of State for Defence in July, as he visited Northwich’s Army and Air Cadets at their headquarters in Castle.

“It’s always inspiring to visit cadet units because of the role they play in the community,” he said.

“They’ve been telling me about their work at Remembrance services but also how units like this really are playing a key educational role as well.

“They’re giving youngsters the key life skills they need later on, whether they join the Armed Forces or not.

“They need these life skills to give them the confidence to pursue their ambitions.”

“They have role models, opportunities to develop as individuals, take responsibility, learn how to communicate and be confident and resilient.”

2Lt Pete Maddock, Detachment Commander at Northwich, said: “It gets them out of their shell and integrating with other people.

“It means they’re living the adventure instead of just playing it on the XBox.”

Cheshire ACF has 24 detachments in the county, each of which has around 30 members.

Mr Fallon then met cadets and officers from 146 (Northwich) Sqn ATC which has about 120 members and is the largest squadron in the country.

“We’re still going strong,” said Pilot Officer Martin Moores, who joined the unit when he was 13 and stayed on as a member of staff.

“As a member of staff it’s good to give back and give the cadets the same opportunities I had.

“It also means you have so many local kids doing something rather than hanging around street corners.”

Squadron Leader Paul Thompson, commanding officer of 146 Squadron, said the ceremonial and community side of being a cadet was also important.

He said: “As far as the RAF is concerned, we are the blue footprint, we’re what the public sees – they see cadets more than the RAF.”

Mr Fallon said: “Cadets are part of what we call the whole force.

“We look to them not just as a source of future recruits but to reinforce the role the forces play in civil society.

“We appreciate exactly what cadet units add to the local community.”

For more information about Cheshire ACF visit armycadets.com/county/cheshire-acf/ or pop into the Darwin Street headquarters between 7pm and 9.30pm on Mondays and Thursdays.