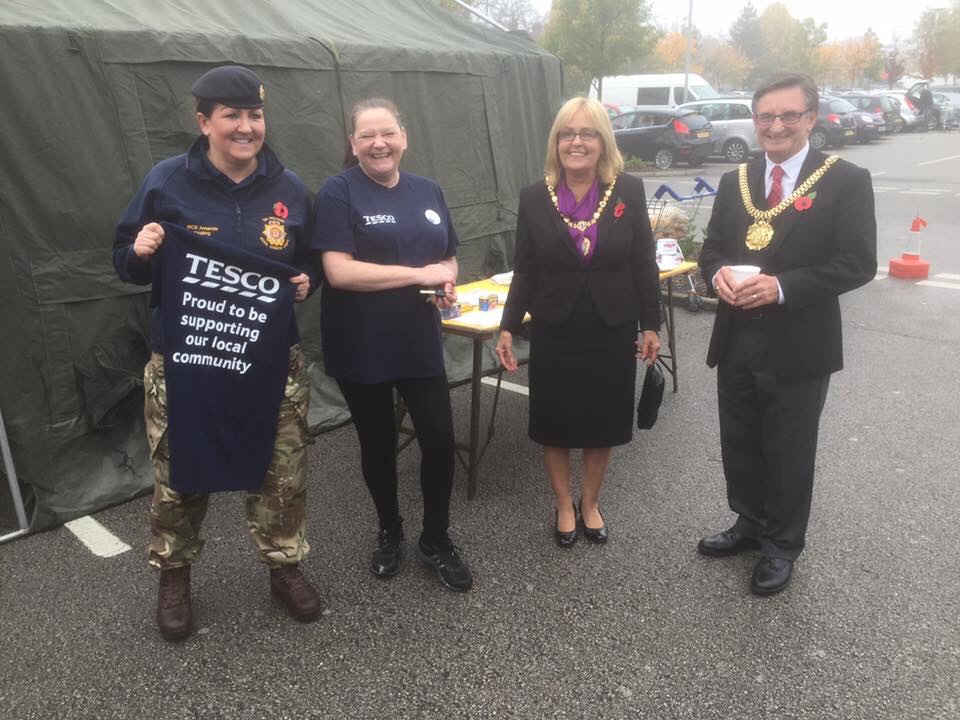 Liverpool-based 156 Regt RLC have partnered with Tesco to develop a community engagement programme designed to build on local employment links for Reservists. 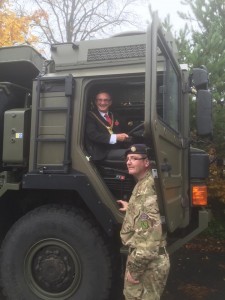 A field kitchen and display of military vehicles helped launch the initiative as the Liverpool logisticians took over most of the superstore car park in Allerton, situated opposite the Regiment’s headquarters in the southeast of the city.

Reservists serving with 156 were out in force for the ‘family fun day’ last week, talking to residents about their diverse roles and the opportunities available for those interested in a career with the Armed Forces.

Capt Geoff Nuzum explained: “Many members of the Regiment live and work locally so today’s event with Tesco is a great way to engage with the community, and say thank you for their on-going support of our soldiers and their families.”

The Lord Mayor of Liverpool, Cllr Tony Concepcion, and his wife Ann were keen to show their support for the event. The couple spoke at length with the troops about their roles, before judging the community bake-off and posing for photographs with local residents.

Army chefs were at hand to provide full English breakfasts to the early morning shoppers. And later in the day they were serving up portions of the Regiment’s award-winning curry.

Tesco Superstore Community Officer, Samantha Campbell said: “With our new partnership with neighbours 156 Regiment we’re able to offer our customers and local residents a programme of fun, family-based events that shows our commitment to supporting the local community.”

156 Regiment is the only logistic regiment in the North West and is part of 3rd (UK) Division, under the command of 101 Logistic Brigade.