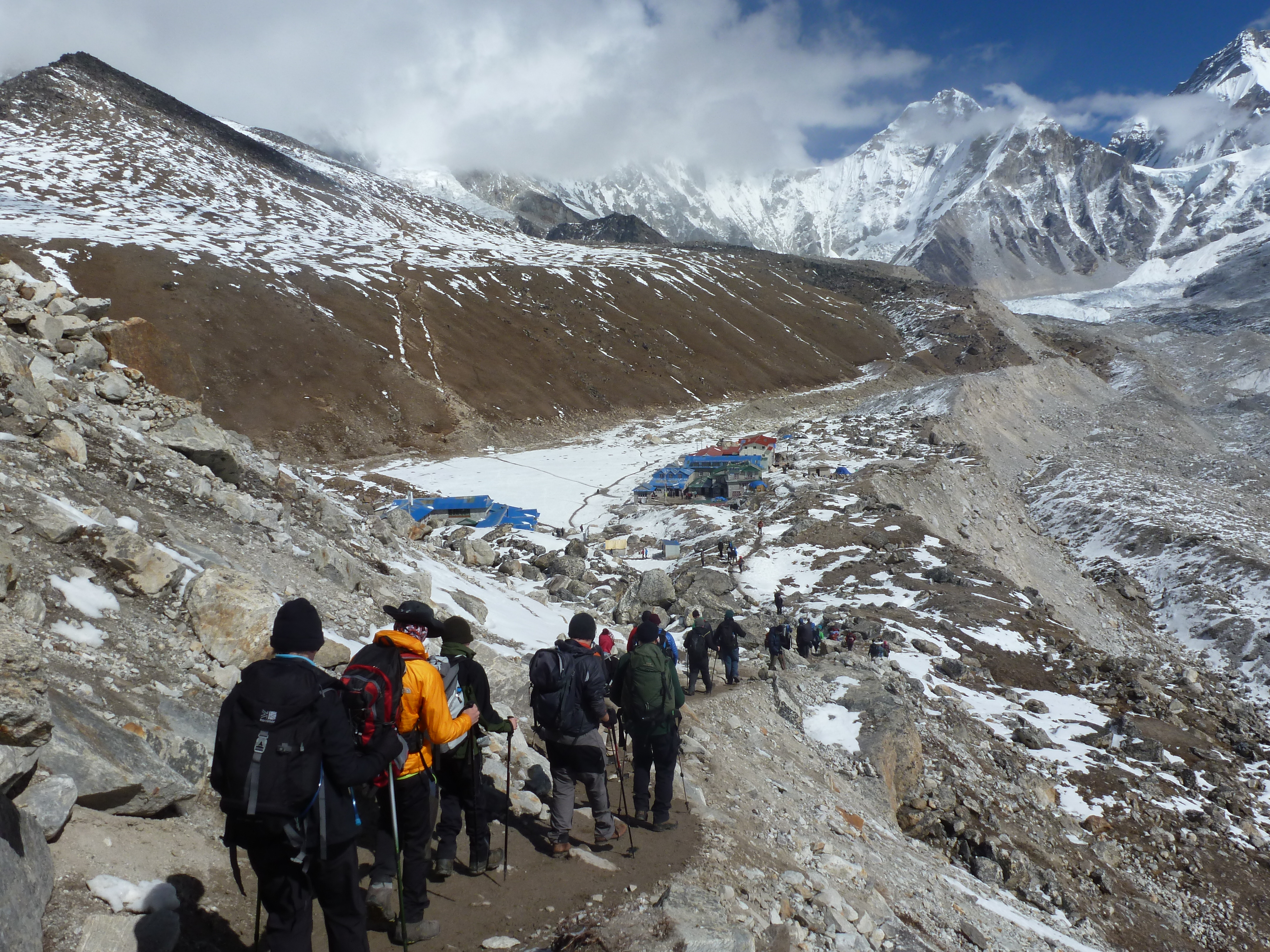 As a CCF Adventurous Training Officer and Winter Mountain Leader, I felt privileged to be able to organize and take a group of cadets from the Oldham Hulme and Calday Grange Combined Cadet Force (CCF) on an expedition to Everest Base Camp in East Nepal. They carried with them the prized Polish ‘Ex Combatants’ Standard, which had been entrusted to the cadets who work closely with the Polish Community in Oldham.

The expedition was the culmination of two years of hard work by the 12 Cadets and three Adult Instructors and Mountain Leaders.

After completing the expedition admin and briefings in Kathmandu, the group flew east to the trek head at Lukla for the start of their adventure. We followed the Dudh Kosi River, crossing many bridges as we headed towards Namche Baazar for the required acclimatisation stop.

Leaving Namche Baazar, the group trekked for a further 11 days, as they continually gained altitude and passed through the Sherpa villages of Tengboche, Pangboche, Pheriche, and Thukla, until we reached the head of the Khumbu Glacier, then followed the trail along the lateral moraine of the glacier until we reached the village of Lobuje.

Early the following morning we set off towards Gorak Shep, which we used as our base for our visits to Kala Pattar (5545m) to get the best views of Everest, and Everest Base Camp (5364m), which was a further 6 hours up the trail across the Khumbu Glacier.

The trail from Gorak Shep left the group tired and exhausted, until we all reached Everest Base Camp, and fulfilled our dream.   After congratulations, and excited and emotional telephone calls home, we took the obligatory photographs before we proudly raised the Polish Ex Combatants’ Standard at Everest Base Camp – an emotional and cherished moment for the group, after which we re-traced our steps back to Gorak Shep for a very cold night’s sleep, as the temperature dipped to minus 16 and the snow started to fall, together with the ever present threat of avalanche.