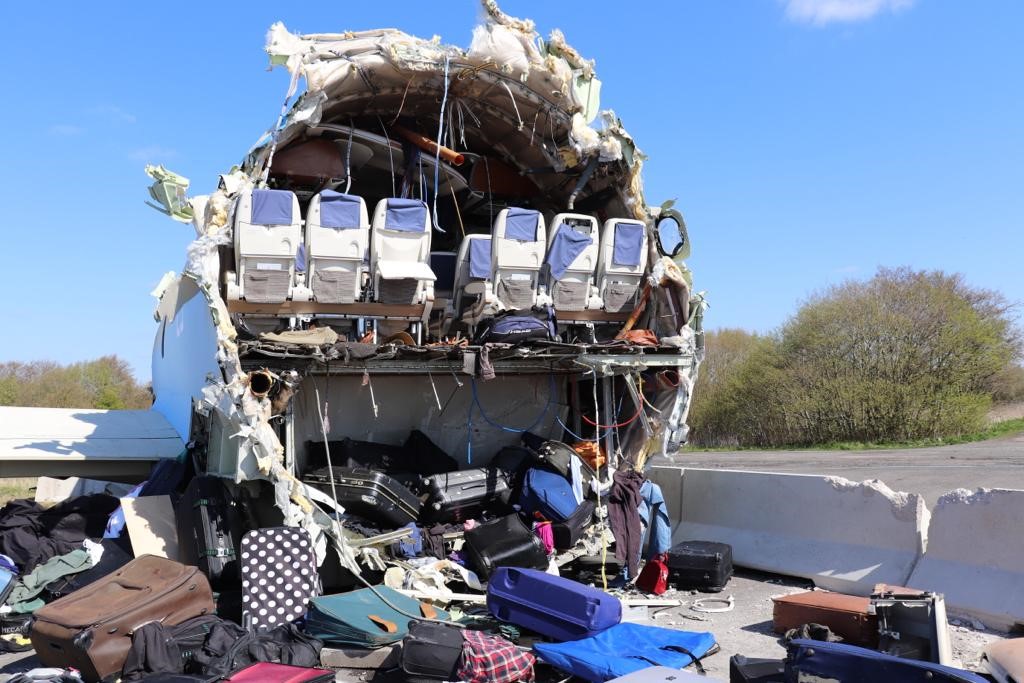 On 17th January Alternative Venues North West were once again back on our screens! This time it was the turn of Weeton Barracks and Holcombe Moor Cadet Training Centre.

Sky One hired the sites for the filming of COBRA – a new Sky original production set in the heart of government during a major crisis.

Weeton Barracks – hired to Sky One as part of a trial into the use of the Regular Army Estate, played in a pivotal role in the drama. Namely the plane crash on the A1. There were full sized portions of a real plane on the Dry Training Area at Weeton for a number of weeks of filming back in March 2019!

Holcombe Moor Training Camp was portrayed as detention centre  – although there have been no photographs released yet of this scene.

For more information on Alternative Venues, please visit the website.