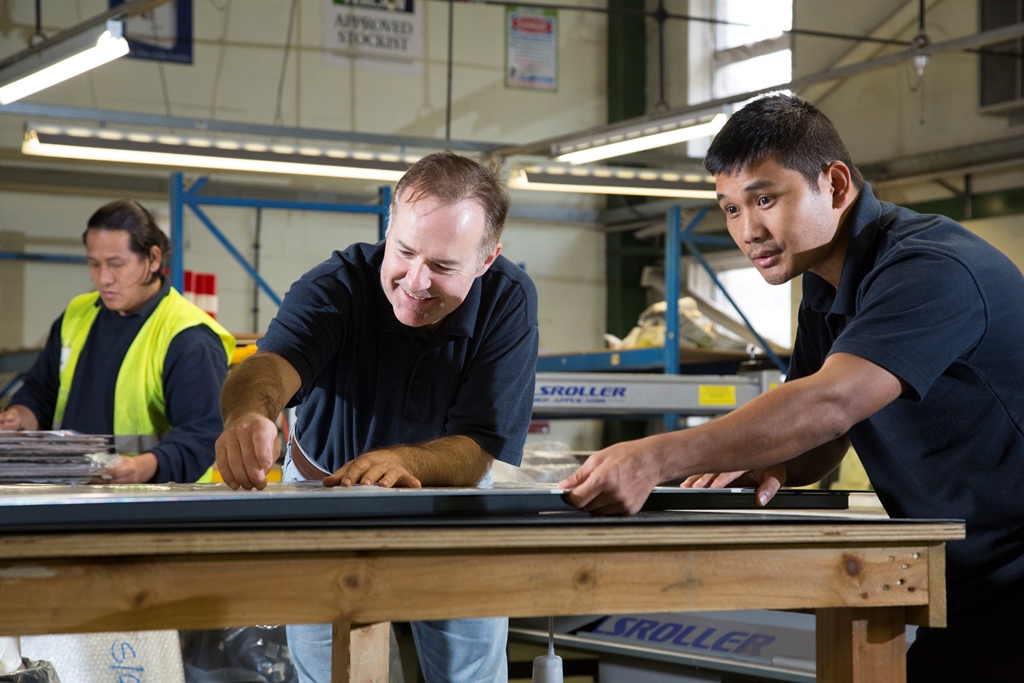 Five streets in Rochdale named after World War One battles have been re-dedicated and had special new signs unveiled during a public ceremony in the town. 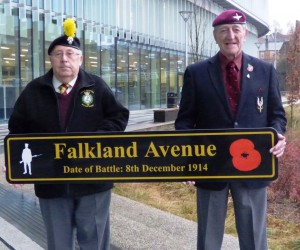 Mons Avenue, Falkland Avenue, Jutland Avenue, Marne Crescent and Verdun Crescent have been fitted with new commemorative road signs produced by Royal British Legion Industries as part of an ongoing programme to help ensure future generations understand about sacrifices made during past conflicts.

The new signs have been manufactured by the Royal British Legion Industries (RBLI) social enterprise based in Kent, who provide road, rail and commercial signs employing veterans and people with disabilities.

Geoff Streetley, RBLI Director of Commercial Operations said: “We’re delighted Rochdale have used RBLI to supply these new heritage street signs. It is fitting that these signs commemorating the First World War were made by Armed Forces veterans. We’re looking forward to working with other councils in Greater Manchester to supply more signs across the region, which will help us to continue supporting veterans in our social enterprise and other ex-service personnel across the country.”

The dedication service was held at the corner of Jutland Avenue and Longfield Road.

Council Leader Richard Farnell, said: “Royal British Legion Industries employ people with a disability, health condition or an ex-service connection and we are very pleased to support them. The Battle Streets of Rochdale are a part of our history and it is important that over the centenary of World War One we do as much as we can to ensure the local community can reflect on the impact of conflict and honour those who have served their country.”

Councillor Alan McCarthy, the council’s lead member for Armed Forces, added: “The hardest step for someone in the military is that first step back into civilian life. Royal British Legion Industries bridge that gap. The money raised goes back into the organisation to allow them to support other veterans who find the transition difficult.”

To find out more about the streets, the battles behind their names and to watch a video featuring actor Bill Ward talking about each one visit www.rochdale.gov.uk/armedforces

The council signed the Armed Forces Community Covenant in 2012, aimed at encouraging local communities to support services that promote and encourage activities that help integrate armed forces personnel back into civilian life.