You are here: Home > NW RFCA > Altcar Training Camp > About 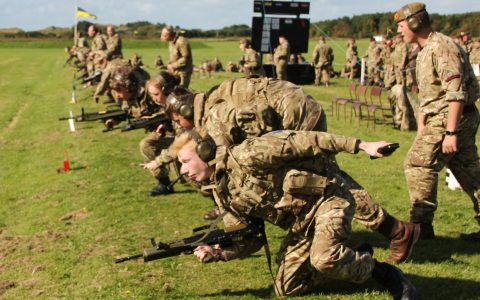 Altcar Training Camp, Merseyside, is unique in that it comprises the only major ranges owned by an RFCA. The land was given by Lord Sefton and first used for the Grand Lancashire Rifle Contest on Monday, 29 October 1860, and in February 1862 to provide a rifle range for Liverpool Volunteer Units. In 1885 Lord Sefton made an agreement with the Secretary of State for War for the use of the range by the Regular and Militia. The statement includes that its use is subject to accommodating the volunteers, it being for their special use. Over the years the ranges have been developed and rebuilt.

During the war two hutted camps, A & B camps, were built for use of the Command Musketry School.

Between the wars B Camp was used for weekend training by West Lancashire TA Units. Prior to 1966 the Altcar Range Committee was responsible for both Ranges and Camp but in 1966 the camp was handed over to HQ North West District and in 1970 it was renamed Altcar Training Camp. The camp was handed back to RFCA on 1st April 1999.