You are here: Home > Public News > Reservists from 611 Squadron in fight against Covid
◄Back to News

Reservists from 611 Squadron in fight against Covid 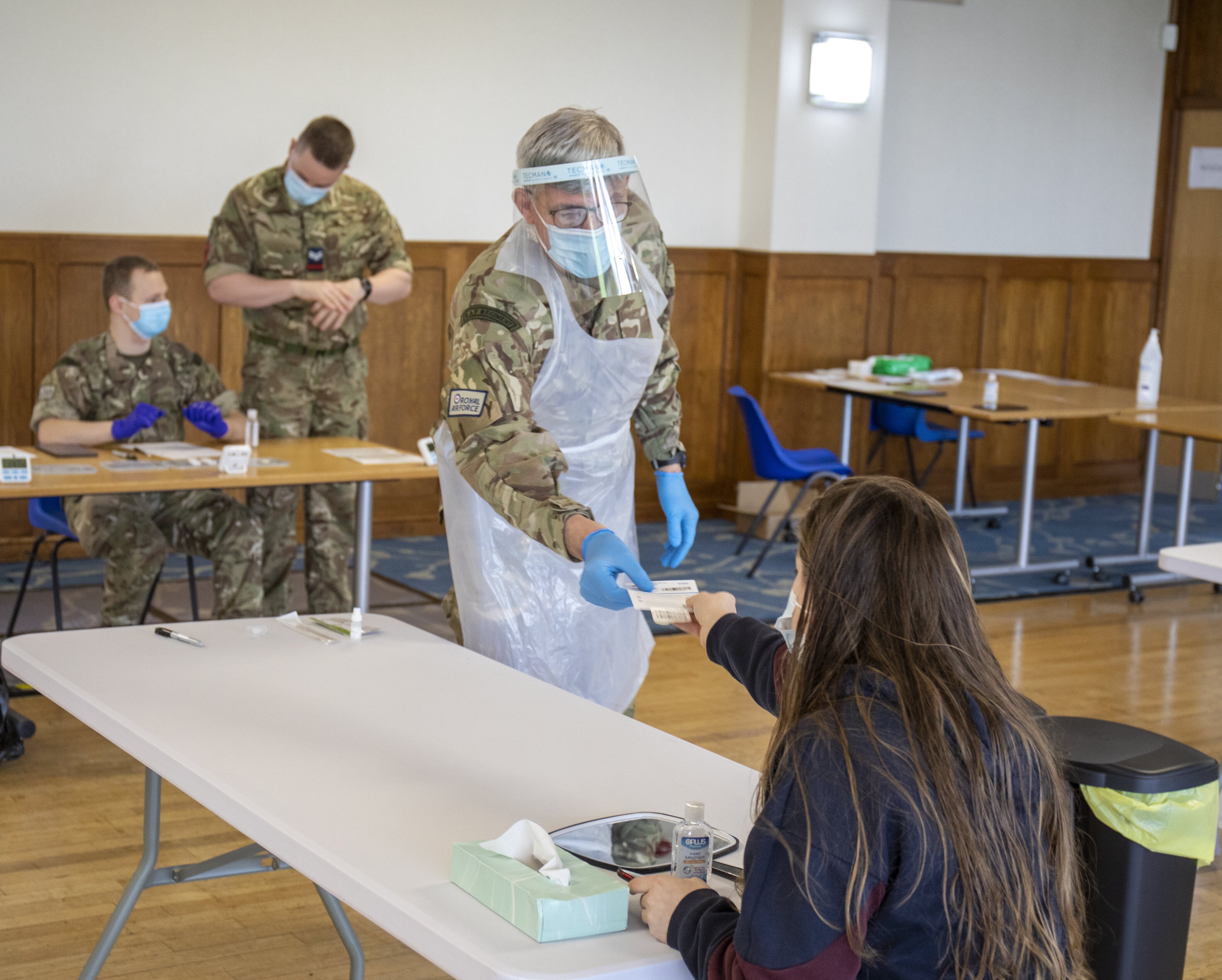 41 members of the Royal Air Force Reserves are providing military assistance to the civilian authorities (MACA) in conjunction with the Boroughs of Salford and Trafford as part of a tri-service operation.

611 Sqn based at RAF Woodvale near Formby has contributed personnel supplemented by augmentees from Reserve Squadrons across the country. 611 Sqn traditionally recruits from the Merseyside and Greater Manchester areas and this deployment gives an opportunity for personnel to actively provide support to their communities.

Senior Aircraftman Kelly Ann Kevill said “At 611 Sqn we have lots of Reservists from this area, so it’s been great to come and support our civilian colleagues in the fight against Covid. It makes me feel proud to be able to help our community in this mass testing.”

Sergeant Scott Langham from 611 Sqn added “This is what we’ve joined for, this is what I want to do. The NHS is working exceptionally hard to save as many lives as they can, and mass testing helps to stop the spread of the virus. It’s an honour to be able to do this.”

611 Sqn conducted Covid-19 testing across the North West last year as part of the ongoing Operation Rescript. Operation Rescript is the biggest ever homeland peacetime military operation with over 5000 personnel currently supporting civilian authorities. The skills that 611 Sqn gained last year are being utilised again in the continuing fight against the pandemic.

Throughout February RAF personnel will continue to support the NHS, alongside Service personnel from the Army, Royal Navy and Royal Marine Reserves, helping to provide pre-booked Lateral Flow Tests at various sites across the Greater Manchester region.