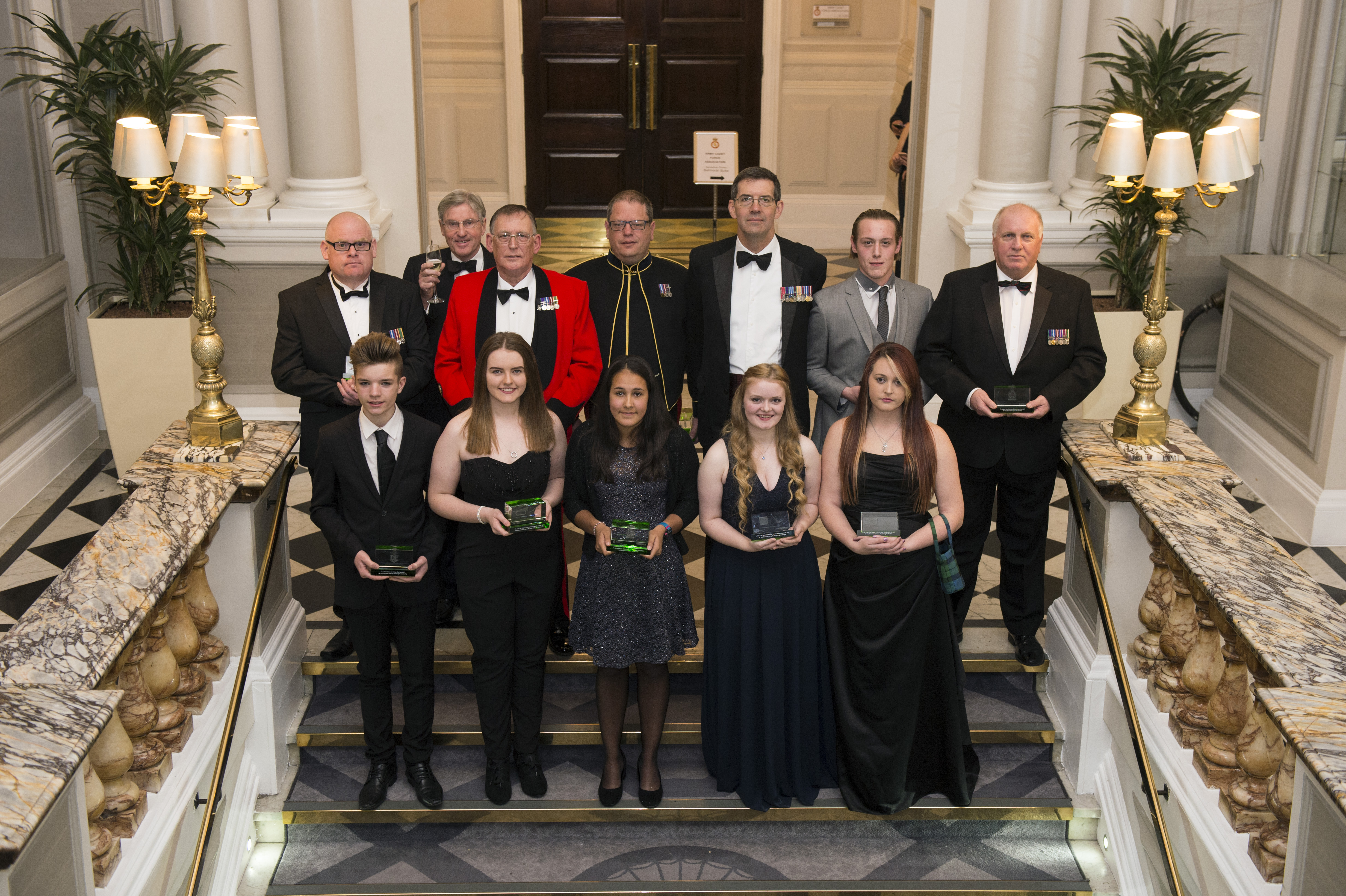 An Adult Volunteer with Lancashire Army Cadets has been presented with a prestigious award by the Army Cadet Force Association (ACFA). 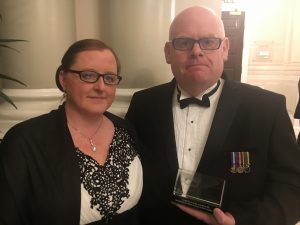 Sergeant Major Instructor Des Eccles, Lancashire Army Cadet Force Corps of Drums, was awarded the BAE Systems Excellence Award in recognition of his leadership skills. The presentation was made during the ACFA Annual Dinner at the Grand Connaught Rooms in London.

Des, aged 39 and from Preston, joined Lancashire Army Cadets as a cadet in 1990, and has been an Adult Volunteer since 1996. He runs the Cadet Corps of Drums in Preston, which is in high demand to support County and local community events.  There is a high standard of instruction at the unit, which is shown in the proficiency of the drum, bugle and flute players.

In addition to his role with the Corps of Drums, Des is also the Public Relations Officer for Lancashire Army Cadets, a demanding and crucial role in its own right.  Critically, his Detachment also supplies many of the additional instructors and equipment for non-music training (e.g. archery, First Aid etc.).  These are vital in retaining cadets and keeping them interested. In addition to his County responsibilities, SMI Eccles regularly attends the National Music Camps held each year by HQ Cadet Force Music, the national body responsible for bands and Corps of Drums.

Des attended the ceremony with his wife, Joanne, who is also a volunteer with Lancashire Army Cadets.

Des said: “I was extremely surprised to find out that I had been selected for this award as I had no idea that I had even been nominated for it!   Telephone calls from the CEO on a Sunday rarely contain any good news!

“I joined the Corps of Drums as a 13-year-old in 1990 and have been associated with them ever since.  As a Corps of Drums, we started attending National Music Camps in 2006 and since then the quality of the music produced has have moved on in leaps and bounds; cadets have changed, but the enthusiasm and dedication is still there.

“We represent the County of Lancashire at all manner of events and I am extremely proud of all the cadets and staff, past and present, who have helped us achieve such high standards.  One of the most memorable highlights was in 2014 when we attended the Malta Military Tattoo as part of the North West massed Corps of Drums, which saw us unite with Cheshire and Merseyside; this was the trip of a lifetime with some great memories.

“I see the award as recognition of all the hard work both the cadets and staff have put in throughout the years and feel honoured to have been nominated and able to receive the award on behalf of all of them.”

For more information about the Army Cadets in Lancashire and how you can get involved, visit http://www.armycadets.com/county/lancashire-acf/