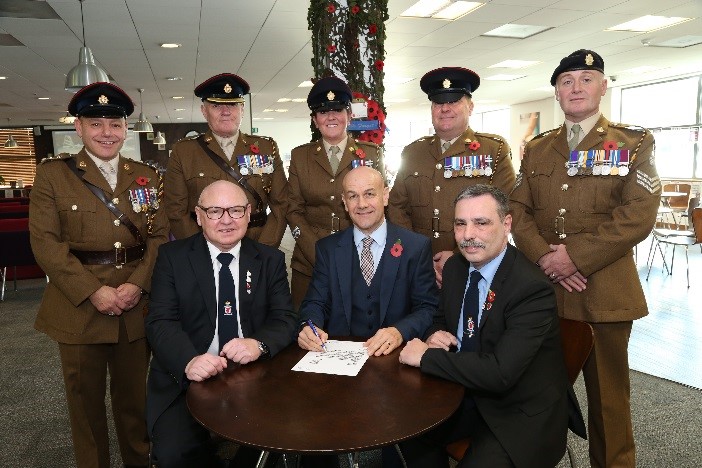 One Vision Housing (OVH), part of The Sovini Group, has joined forces with Liverpool Veterans to provide housing to former Armed Forces personnel.

The housing association will be providing specialised accommodation to local veterans as part of their ongoing commitment to support the Armed Forces community within the region.

Both Liverpool Veterans and the Veterans in Sefton, who support hundreds of former Service personnel a year, will refer individuals who are in need of housing to OVH.

OVH will then allocate a suitable property to them, which may include specially adapted accommodation to support individuals living with post-traumatic stress disorder (PTSD) and mobility issues.

The Sovini Group has supported the Forces Community for a number of years, including taking part in the BBC DIY SOS Veterans Special, offering employment opportunities to former service personnel and refurbishing the Sefton Veterans Project’s office.

Roy Williams, Chief Executive of One Vision Housing, said: “We’re honoured to be working alongside Liverpool Veterans on this housing project. It’s a pleasure to be able to support an organisation that supports those who have sacrificed so much to serve our country.”

James Culshaw, Veterans Housing Officer at Liverpool Veterans, said: “We are really proud to be working in association with One Vision Housing as we aim to provide all ex-service personnel with housing.

“I hope this encourages other large organisations to support us in the way that OVH have.”

For more information about the Armed Forces Covenant and the ERS Awards, visit https://www.nwrfca.org.uk/employers/