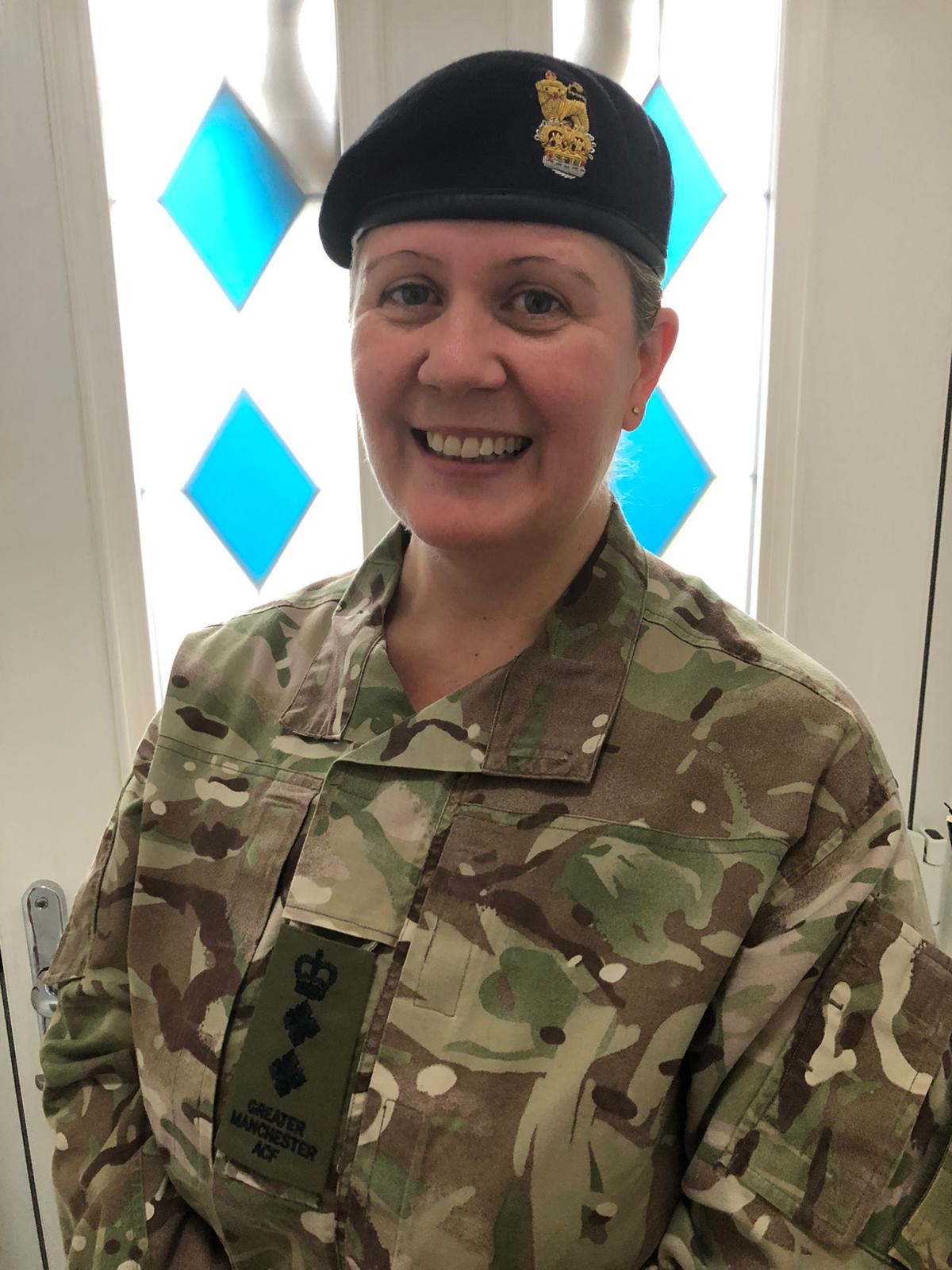 Monday 8th March 2021 is International Women’s Day and it is the perfect opportunity to celebrate the amazing achievements of women throughout the world and shine a spotlight on inspirational women within our Armed Forces community in the North West. This year, the theme of International Women’s Day is #ChooseToChallenge. Collectively, we can help to create a more inclusive world by questioning stereotypes and challenging inequality.

At the North West Reserve Forces’ and Cadets’ Association we have put Colonel Catherine Harrison, the first female Commandant at Greater Manchester Army Cadet Force in the #ChooseToChallenge hot seat. The county has just over 950 Cadets with 207 Cadet Force Adult Volunteers (Officers and Adult Instructors). It is the responsibility of Colonel Harrison to command, train and administer the County effectively, efficiently and safely.

I started as a Cadet at the age of 14 in Burton-on-the-Water in Gloucestershire and I never would have expected then to have reached the rank of Colonel.  I changed counties and moved to Greater Manchester in 2012 and I have been here ever since. Through a range of courses, qualifications and over time promotions; I moved into my current role as Commandant in December 2020.

What challenges do face in your role as Commandant?

Imposter syndrome, as I question should I have the rank of Colonel and should I be doing this role when it only feels so recent that I was a Cadet myself!

During this role I have to plan 10 to 15 years ahead so the decisions made for the County now I may not see come to fruition,  so that can be a challenge.

How far do you think the Army Cadet Force has come in achieving greater gender balance?

Being the first female Commandant at Greater Manchester Army Cadet Force is a strong signal that gender balance is on the way but there is more to do. I understand that as a role model it is my responsibility to champion genders, ethnicities and disabilities in order to enable everybody to flourish.

What advice do you have for females looking to join the ACF? As Cadets or volunteers?

I would say just go for it. You make friends for life and will have more opportunities than you ever thought possible and have such a broad view of the world. As a volunteer, you make a difference to young people’s lives and its great fun.

What does International Women’s Day mean to you?

I think it’s growing in importance. I think we do need to choose to challenge either our own perceptions or challenge the ways things always are to create opportunities for future generations.