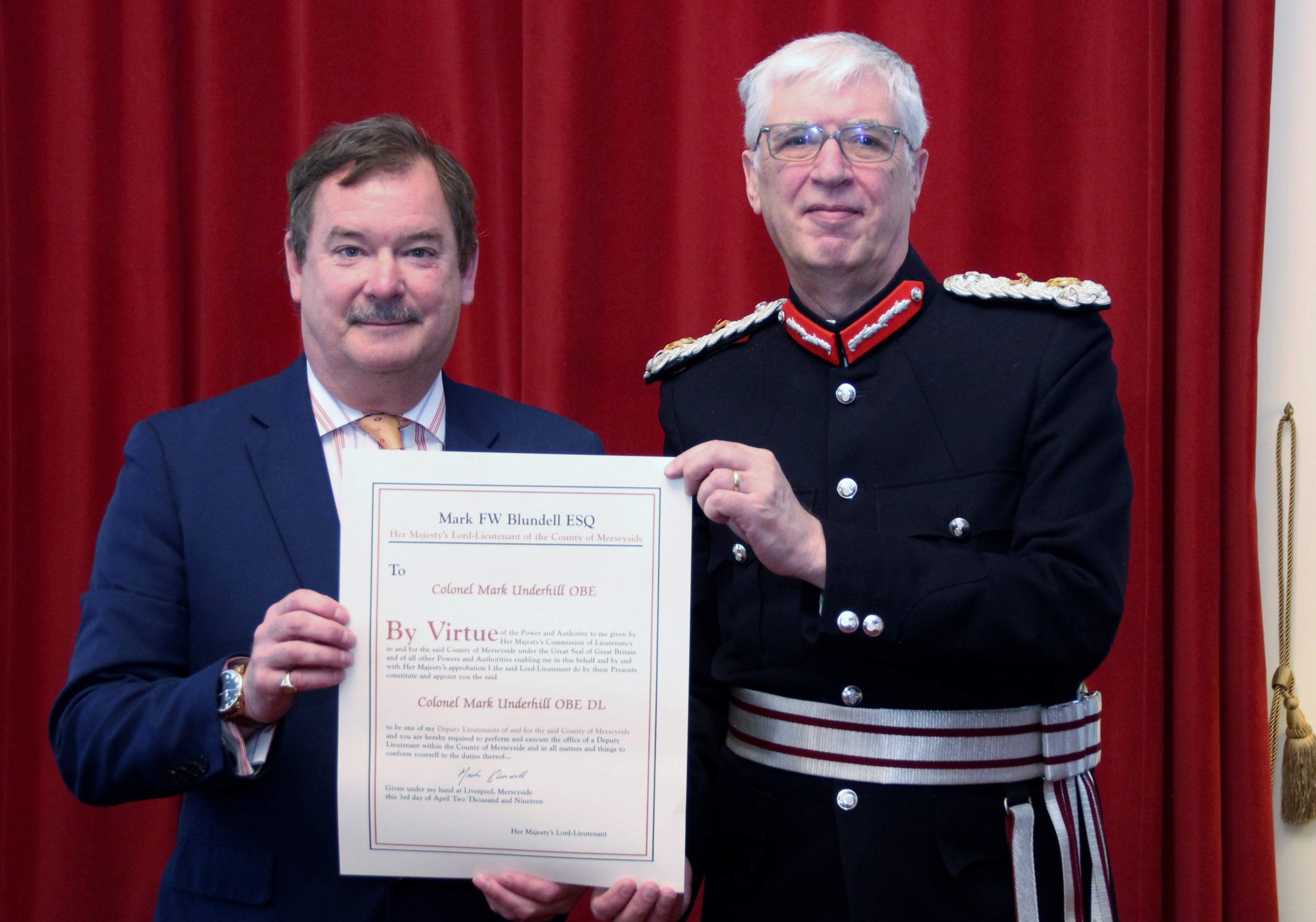 NW RFCA Chief Executive, Colonel Mark Underhill OBE, has been appointed as a Deputy Lieutenant in the County of Merseyside at a Commissioning Ceremony in the Athenaeum in Liverpool.

The voluntary position will see Colonel Mark Underhill working alongside other Deputy Lieutenants in assisting Her Majesty’s Lord-Lieutenant Mr Mark Blundell in carrying out his role as The Queen’s Personal Representative in the County. Due to their expertise and role within the community, Deputy Lieutenants are asked to provide support in areas including Honours Nominations, Assessments for The Queen’s Award for Voluntary Service, suggesting names for Royal Garden Parties and representing the Sovereign at Citizenship Ceremonies.

“I am truly humbled to have been asked by Her-Majesty’s Lord-Lieutenant of Merseyside to support him in the role as one of his Deputy Lieutenants and I hope with my work within the Reserve Forces’ & Cadets’ Association for the North West of England & The Isle of Man and my growing knowledge of Merseyside will help me support the Lieutenancy.”