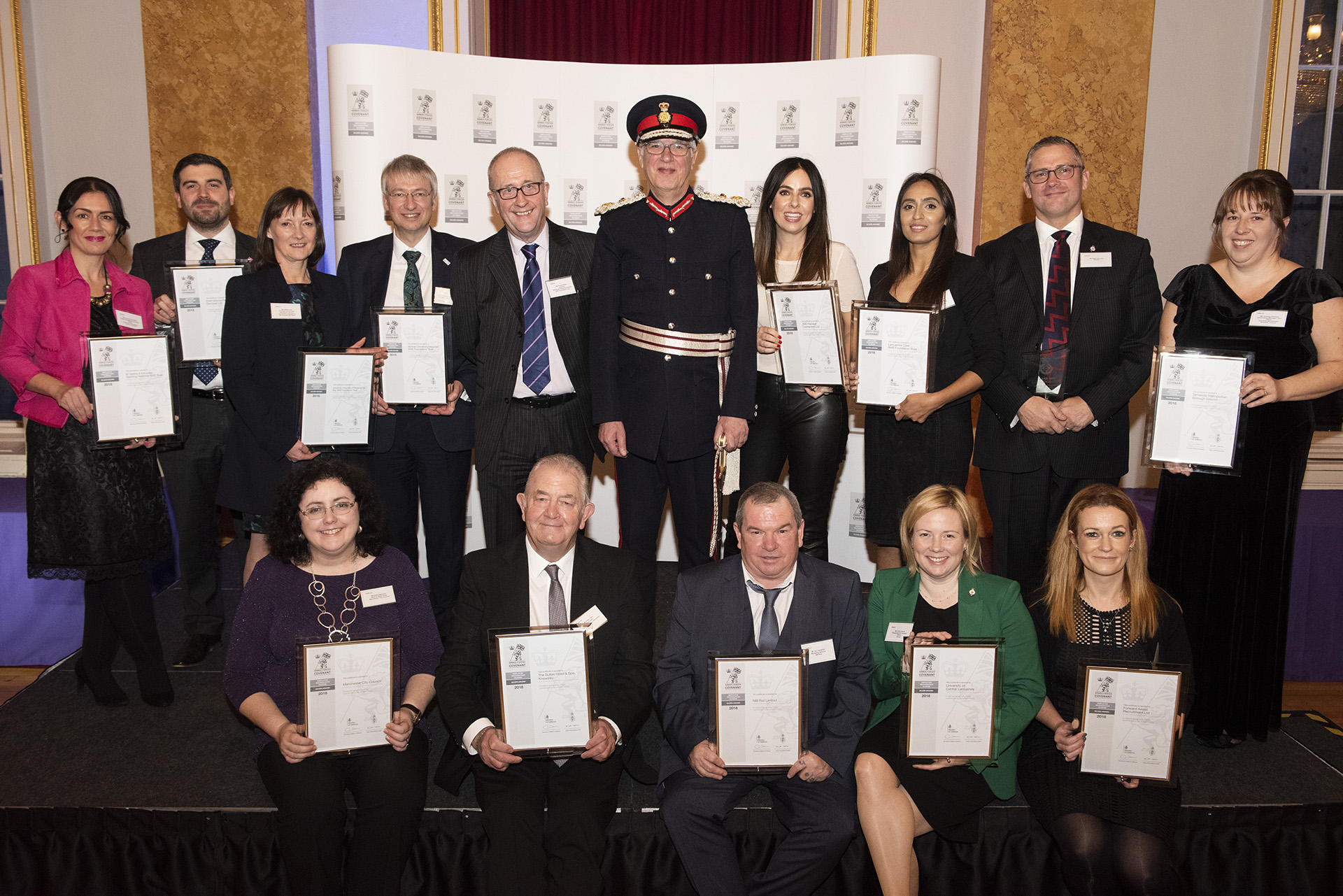 Fourteen businesses from across the North West of England have received Silver Awards under the Ministry of Defence Employer Recognition Scheme (ERS) for their support to the Armed Forces community.

The awards were presented by Mr Mark Blundell, Her Majesty’s Lord-Lieutenant for Merseyside, during a ceremony held at Liverpool Town Hall on the evening of 28 November.

The ERS Silver Awards recognise organisations who demonstrate support for Service personnel, including employing members of the Armed Forces community, and show flexibility towards training and mobilisation commitments for Reservists.  Silver Award winners also support the employment of Cadet Force Adult Volunteers, veterans, spouses or partners and the wounded injured and sick.

This year, the following employers from across the North West of England have been awarded Silver:

The award winners were presented with certificates signed by the Secretary of State for Defence.

The Rt Hon Gavin Williamson MP, Secretary of State for Defence, said: “Congratulations to this year’s Employer Recognition Scheme Silver Award winners.  Each of you has signed the Armed Forces Covenant, making pledges of support. However, all of you are being recognised for having gone the extra mile, turning your written pledges into concrete action and making a positive difference to our people during and after their time in uniform.”

Steve Warburton, Chief Executive of Aintree University Hospital, said: “We are delighted to receive this award. We are incredibly proud to support our staff reservists, who use the skills they have developed during their military training and overseas deployments to improve services back here at Aintree. For example, some of our developments in the regional trauma centre have been informed by lessons learned from our staff on deployment in Afghanistan. Their time as reservists is helping our patients back here in Liverpool.”

Colonel Mark Underhill, Chief Executive at the North West of England and the Isle of Man Reserve Forces’ and Cadets’ Association (NW RFCA), said: “On behalf of the Ministry of Defence we are honoured to be able to recognise the level of support and commitment given to the Armed Forces by organisations in the region. Each recipient has demonstrated not only that they value the ethos of the Armed Forces but also that they are prepared to support Reservists, former servicemen and women and Cadet Force Adult Volunteers in the workplace.  The experiences gained through both Regular service and with the Reserve Forces, or volunteering with the Cadet organisations, equip individuals with invaluable life skills – motivation, self-discipline, confidence, communication, teamwork and leadership – all of which make a positive contribution to any organisation and society as a whole.”

Reservists in the North West of England serve in the Royal Naval Reserve, the Royal Marines Reserve, the Army Reserve and the Royal Auxiliary Air Force. They can be mobilized wherever they are needed to work alongside Regular Armed Forces, and are trained to the same high standard as their Regular counterparts.  Cadet Force Adult Volunteers give of their own free time to support the Sea Cadets, Army Cadets and Air Cadets, in turn developing experience and gaining qualifications which also help them in their day jobs.