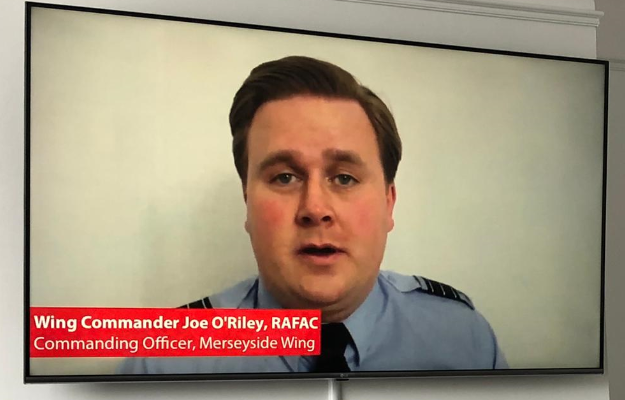 The first weekend of February saw the commemoration of the 80th Anniversary of the founding of the Air Training Corps, which was formed by the Royal Warrant of King George VI on 05 February 1941 to prepare young men for entry into the Royal Air Force during the Second World War.

Today the Air Training Corps forms part of the overall organisation of the Royal Air Force Air Cadets, which includes over 900 Squadrons, with an estimated membership of more than 32,000 Cadets and 10,000 Adult Staff Volunteers and is open to all young people ages 12 (Year 8) to 18. The organisation offers the opportunity for Cadets to experience many activities including Flying and Gliding, Adventure Training, Target Shooting, Sport, Music, First Aid, Leadership, the Duke of Edinburgh’s Award, BTEC Qualifications, visits, and camps to active RAF Stations across the UK and much more.

Unfortunately, this year due to the current lockdown and government rulings neither Merseyside Wing nor Air Cadets Squadrons across the country, have been unable to parade in honour of this momentous occasion. Instead, choosing to celebrate the 80th Anniversary of the ATC in as grand a manner as could be arranged, a pre-recorded virtual commemoration service was held on the Wings YouTube Channel on Sunday 07 February.

As well as the virtual service which was attended online by members of the Cadet Forces and their supporters, it was also kindly arranged by Liverpool City Council, for several buildings of significance in Liverpool to be lit in light blue to mark the day. This took take place on Friday evening through to the early hours of Saturday, including the Cunard Building, St. Georges Hall, and the Town Hall, which were all bathed in blue light to celebrate the Air Cadets 80 years of service.