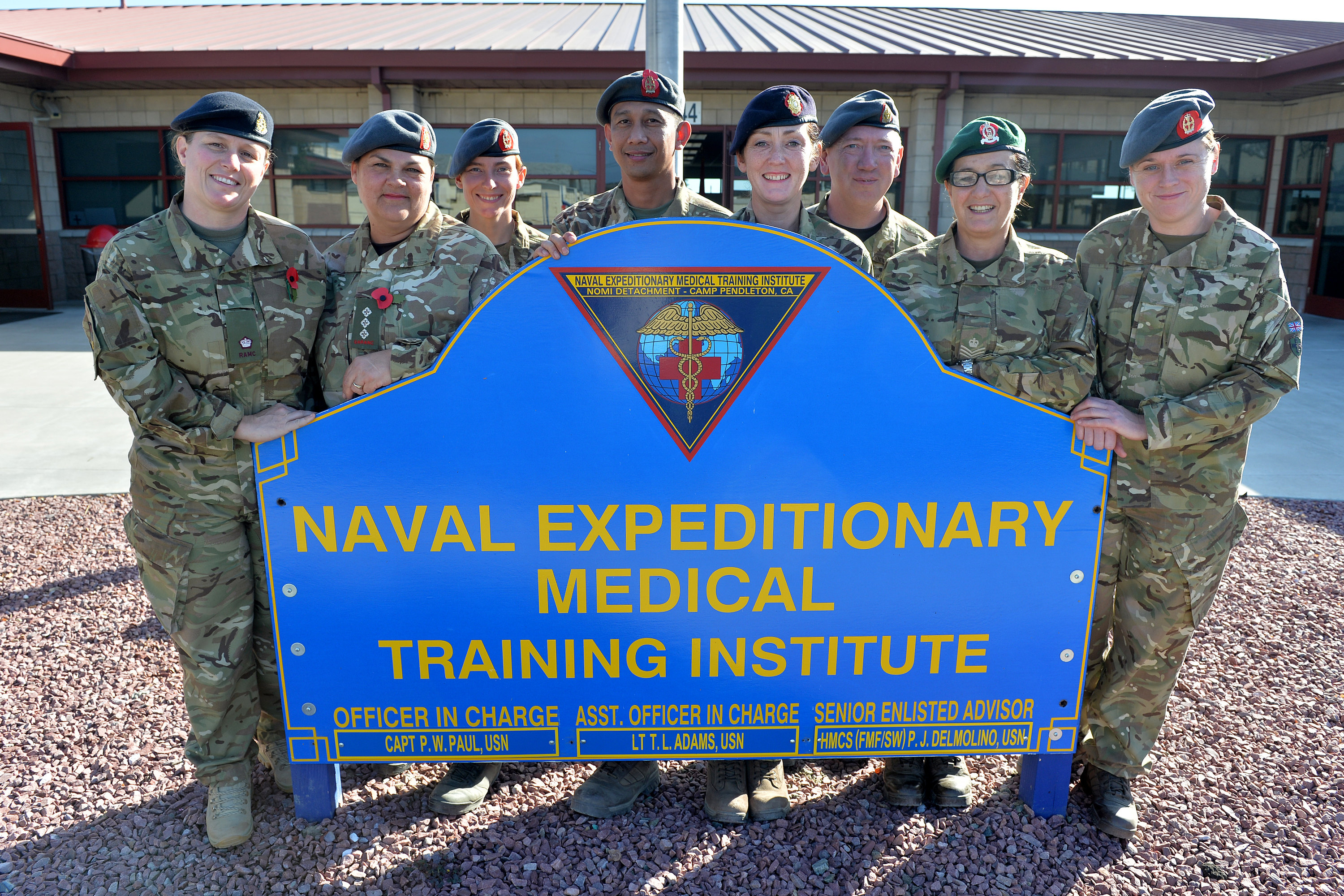 Army Reserve Medics from Liverpool based 208 Field Hospital have been training for the first time ever with colleagues from the US Navy in sun drenched California.

Around 100 soldiers from the hospital travelled to San Diego where they were put through their paces in an exercise designed to test how they perform in their new post-Afghanistan role. 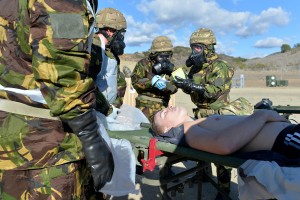 In recent years Field Hospital training has revolved around the purpose-built British military hospital which ran at Camp Bastion, in Afghanistan. But the profession is now returning to its original role of treating the sick and injured under canvas, at short notice anywhere in the world alongside partner nation medics – such as those from the US.

In civilian life most of the Reservists work for the NHS in roles as varied as dental nurses, physiotherapists and anaesthetists – each bringing valuable specialist skills and experience to the Army Medical Service. But, unlike civilian medics, Army medics must know how to build their own hospital from scratch.

Exercise Integrated Serpent was run by 208 Field Hospital with the help of staff at the US Naval Expeditionary Medical Training Institute at Camp Pendleton, San Diego. It saw the soldiers build, use and then dismantle the temporary facility just as they might do on future operations.

The 17 bed facility is home to a casualty reception area, an intensive care unit, an operating theatre, a ward and a laboratory as well as everything needed for staff to live on site. It is also capable of being sealed so as to treat casualties of chemical, biological and nuclear warfare. 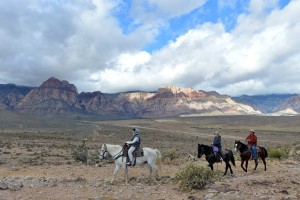 Despite these complex demands, UK medics must be able to erect the hospital anywhere in the world within 16 hours and offer life-saving treatment immediately.

Major Barry Fitzpatrick, 43, is from Birkenhead and normally works as an emergency nurse at Arrowe Park Hospital, he has served in Iraq and twice in Afghanistan. He said: “This field hospital aims to be very much like an NHS hospital with an accident and emergency department, wards and operating theatres except that it’s all under canvas and the idea is that this can be deployed very quickly, anywhere in the world, in just days.”

Captain Paul Kelly, 45, from St Helens, a staff nurse on the major trauma ward at Fazakerley Hospital, and has served in The Falklands and Afghanistan. He said: “California has been a great experience. There are things that I see and do in the Army Reserve that I wouldn’t get anywhere else in civilian life, for example; a nurse in the NHS would never have to think about building their own hospital before looking after patients.”

Captain Patrick Paul, of the US Navy’s Medical Service Corps, who runs the Naval Expeditionary Medical Training Institute at Camp Pendleton, said the US / UK partnership came out of the medics’ working together in Afghanistan: “This is the first time we’ve hosted a large scale focus on medical elements from our two nations. From my experience in Afghanistan I know that our UK partners are just top notch, dedicated to the mission and more than capable. This opportunity to have these fine folks from Liverpool here has put us over the moon and made us so proud.” 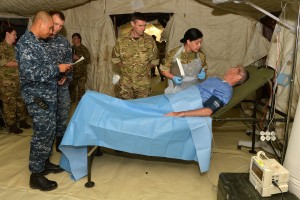 208 Field Hospital recruits from across Merseyside, Lancashire and Cheshire, its Commanding Officer Colonel Debbie Telford, herself a Reservist, said: “This has been an ideal opportunity to work with our American colleagues to revalidate our skills at building a tented hospital in any part of the world. For our newer people, having the experience of building the hospital, and seeing the simulated casualties go through it has proved a great learning opportunity. It’s a privilege to be their Commanding Officer and see my guys build and operate this hospital; proving that they can be moved anywhere in the world and do it for real.”

After the demands of Camp Pendleton there was time set aside for adventure training. For some this was kayaking, climbing and horse-riding in Nevada’s Spring Mountains for others camping and trekking in the Grand Canyon.