You are here: Home > Public News > Members of the Cadet organisations on the Isle of Man honoured by Her Majesty’s Lieutenant Governor
◄Back to News 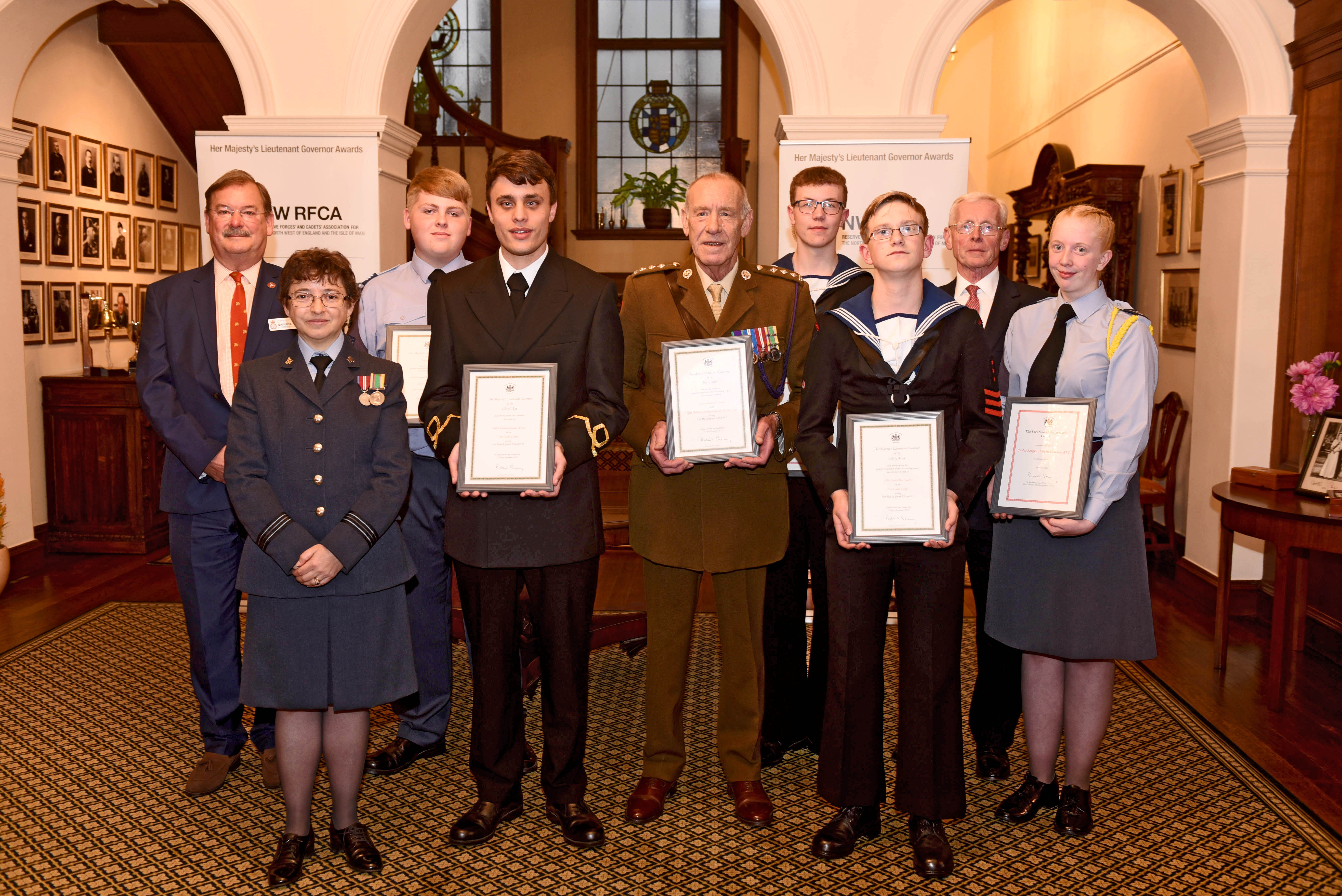 The ceremony was held on the evening of Tuesday 3 September at Government House, Onchan, attended by recipients, their families and friends, and special guests.

During the ceremony Cadet Sergeant Beth Kewley from Isle of Man Air Cadets and Able Cadet Nathan Jones from the Isle of Man Sea Cadets were appointed Lieutenant Governor’s Cadets, one of the highest honours a Cadet can achieve. The accolade means that Beth and Nathan will assist the Lieutenant Governor during formal duties including Royal visits to the area.

Cadets and Cadet Force Adult Volunteers were also presented with Her Majesty’s Lieutenant Governor’s Certificate of Meritorious Service, recognised as a laudatory honour throughout the Armed Forces.

‘The Lord-Lieutenant’s Awards give us an opportunity to recognise the selfless commitment, dedication and achievements of the young people and adults who are members of the Cadet organisations. The Cadet movement offers unparalleled opportunities for young people in our region to learn, grow and excel. We must ensure that these opportunities continue to be accessible to young people from all backgrounds, and this is only possible with the support of the dedicated Adult Volunteers who deliver the quality experiences that our cadets enjoy”.