You are here: Home > Public News > Members of the Armed Forces community from Cheshire honoured by Her Majesty’s Lord-Lieutenant
◄Back to News 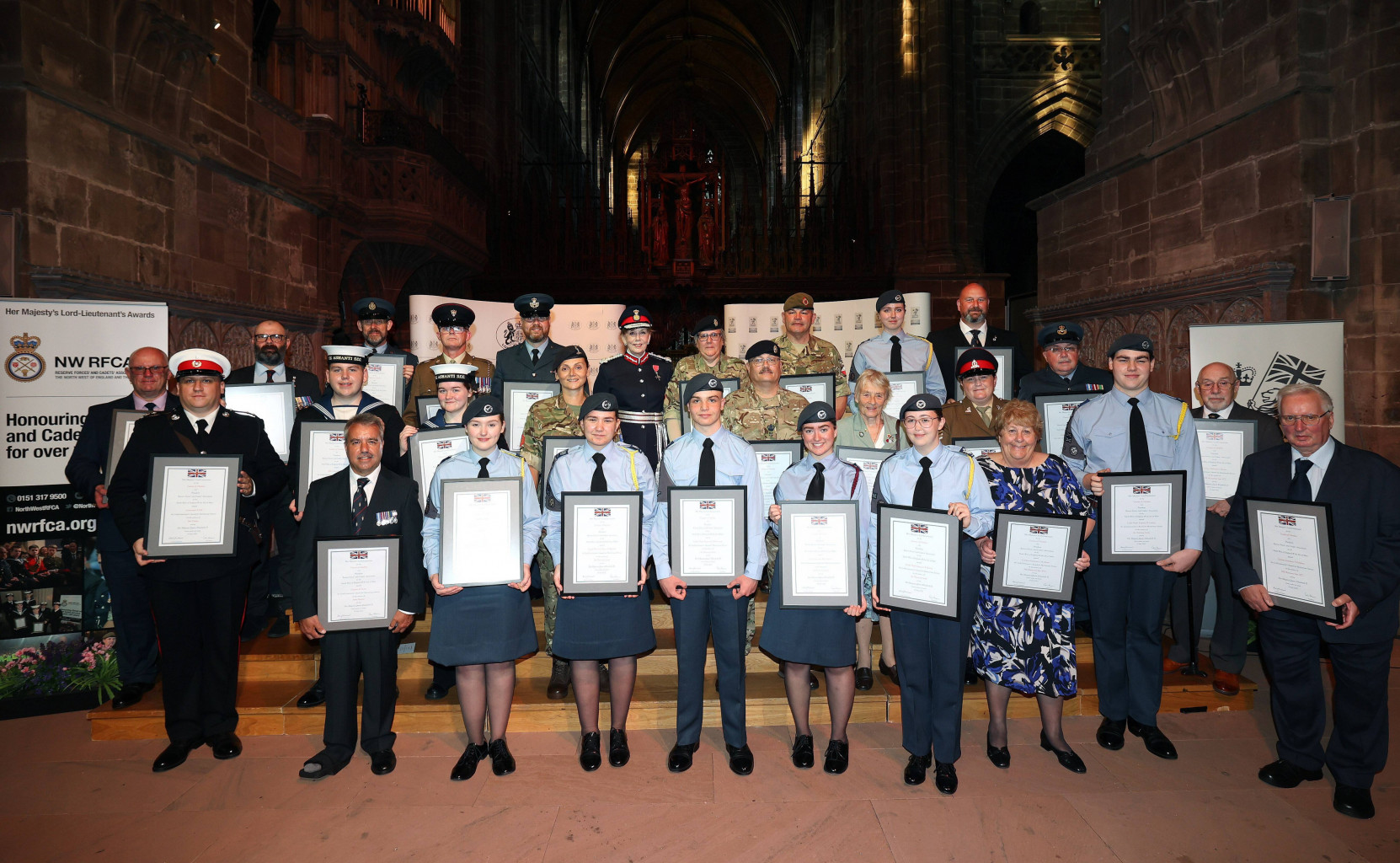 Thirty five cadet force adult volunteers, reservists, cadets and veterans were presented with Her Majesty’s Lord-Lieutenant’s Awards during a ceremony held at Chester Cathedral last night. The awards are recognised as laudatory honours throughout the Ministry of Defence. The evening also saw the appointment of Her Majesty’s Lord-Lieutenant’s Cadet, one of the highest honours a cadet can achieve.

The following eight organisations from across Cheshire were also presented with their Silver Ministry of Defence Employer Recognition Scheme Award for their support to Defence and the wider Armed Forces community:

The presentations were made by Lady Redmond MBE, Her Majesty’s Lord-Lieutenant for Cheshire. During the ceremony Lady Redmond told awards recipients: “I truly thank all of you for your exceptional service.”

The annual awards are organised in each County in the region by the Reserve Forces’ and Cadets’ Association for the North West of England and the Isle of Man (NW RFCA). NW RFCA Chief Executive, Colonel Mark Underhill OBE DL, said: “As the organisation which promotes the Reserve Forces, Cadet organisations and the Ministry of Defence Employer Recognition Scheme in the region, these awards ceremonies really are the highlight of our year.

“The achievements of the reserves, cadets, cadet force adult volunteers and veterans who have received awards this evening truly are outstanding, and they are highly deserving of the recognition of Her Majesty’s Lord-Lieutenant. On behalf of the Ministry of Defence we are also honoured to be able to recognise the outstanding support and commitment given to the Armed Forces Covenant by businesses and organisations in the region, through the Employer Recognition Scheme Awards.”