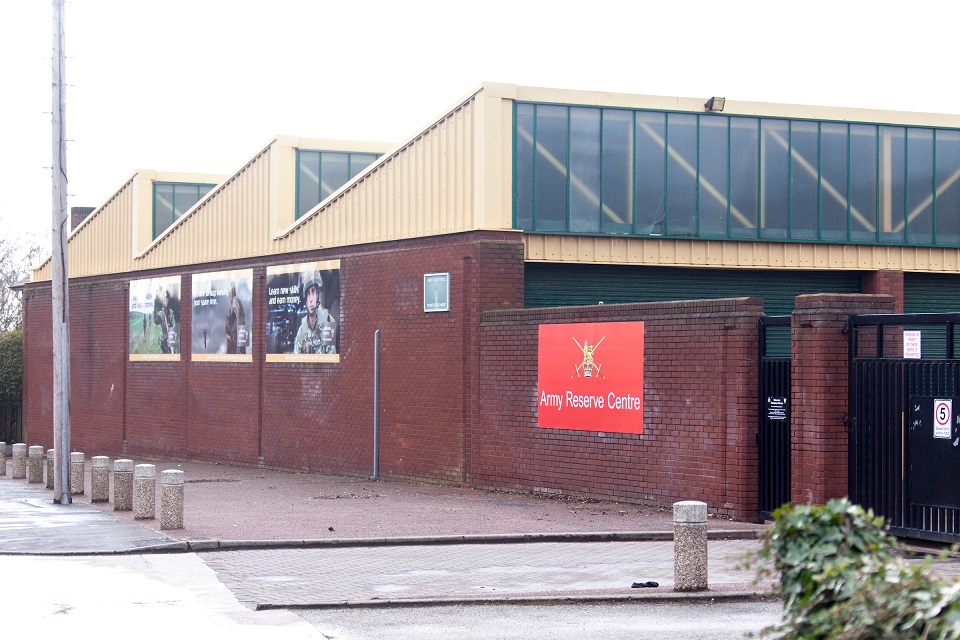 A local historian has presented two books to B Company 4th Battalion the Mercian Regiment, the Army Reserve infantry unit based at Ubique Barracks in Widnes. 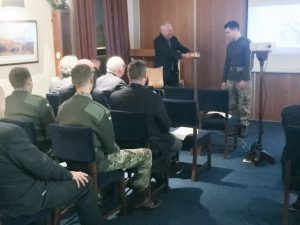 David Hopkins has written two books based on links between Widnes and both World Wars. One focusses on his own family, his grandfather and great-grandfather, who both served with the Royal Artillery based at Ubique Barracks. David’s grandfather enlisted at the barracks, and served at the battles of Ypres, Somme and Cambrai during the First World War. David’s second book explores the Widnes Rifle Volunteers, who were based at Ubique Barracks between 1870 and 1914.

David presented the draft books to B Company 4th Battalion the Mercian Regiment as a memorial to those who have served with the artillery and infantry in Widnes. The books were presented during a ceremony attended by the Mayor of Halton and unit personnel from B Company.

David said: “As I was nearing retirement I became more and more curious about my family having heard lots of stories. Both my grandfather and my great-grandfather were based at Ubique Barracks in Widnes at different times. I’m delighted that these books will be of use to B Company 4 Mercian. I didn’t want these stories to be lost; I’ve no great ambition to be an author, but when I’ve gone who’s going to keep these stories alive? They didn’t talk much about it themselves. One thing I did come to realise through this work was everything they had ever said was true.”