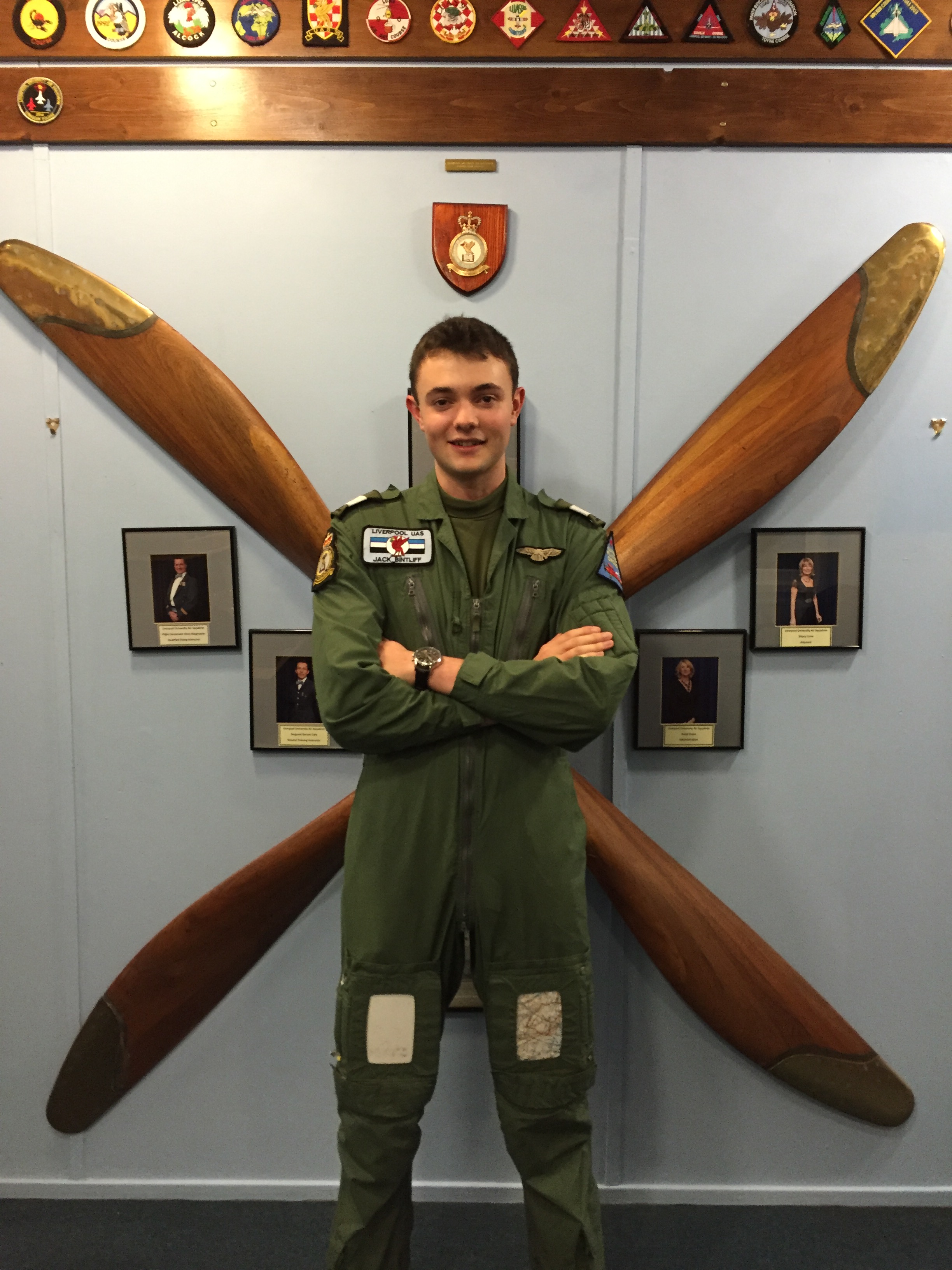 Recently, a very special and rare award was presented to a student on Liverpool University Air Squadron (LUAS). OCdt Jack Bintliff was awarded his Preliminary Flying Badge after completing the core flying syllabus on the Grob Tutor aircraft. The University Air Squadron system actively promotes and encourages all students to learn to fly with the ultimate aim of flying solo; this is where the student is in command of the aircraft alone with no one else in the cockpit. Jack, however, has progressed further than his solo flight and undertaken advanced training in order to achieve his PFB.

LUAS is situated at RAF Woodvale and is fortunate enough to have use of 6 Grob Tutor aircraft as well as two Qualified Flying Instructors (QFIs).

Jack, aged 20 and from Hebden Bridge, has always had a love for flying and has pursued this passion from the earliest opportunity possible. He attended Calder High School 6th Form College and is now at the University of Liverpool studying Aerospace Engineering MEng. (Hons). Jack intends to join the Royal Air Force as a pilot and is currently under the process of applying for a RAF Bursary. He currently holds the position of OIC Flying on LUAS.

Jack first flew in 2009 and quickly trained to attain his Private Pilot License in July 2012. He has since undergone aerobatics and formation training in Chipmunks, Bulldogs and Yaks, and has also flown the Jet Provost. He is in the final stages of working up to a display authorisation. To date, he holds around 400 hours of flying.

The UAS flight training syllabus incorporates different sorties regarding different aspects of flying the aircraft. These sorties vary in length and difficulty and cover aspects such as effects of controls, forced landings, navigation to name but a few. Now that Jack has completed the syllabus for his PFB, he can now progress onto formation, aerobatics and low level navigation training.