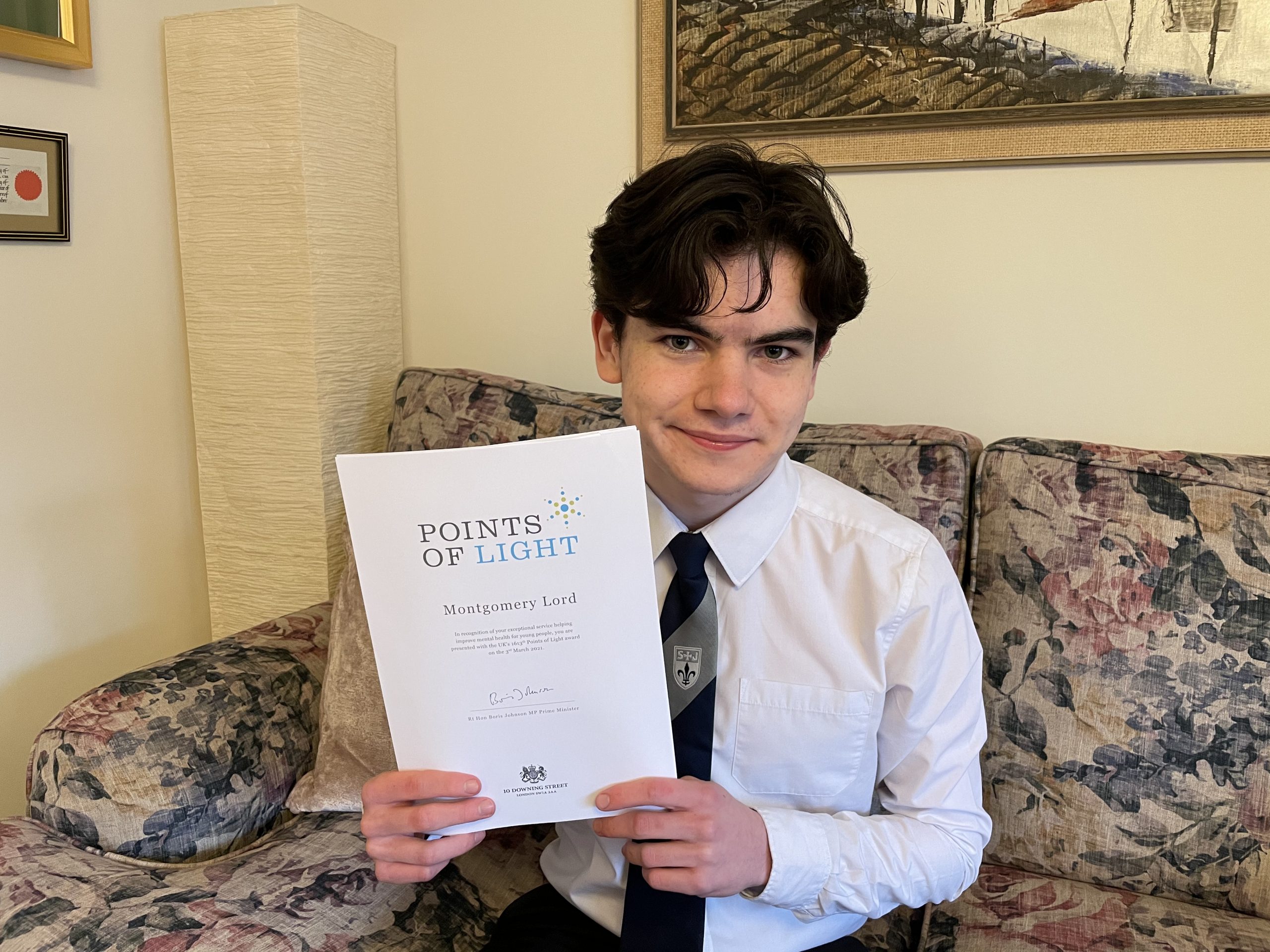 Monty Lord, a Royal Marines Cadet at the Preston Sea Cadets corps has been presented with an award in recognition of his efforts to help improve mental health for young people.

Monty, from Walton-le-Dale, can now add the Prime Minister’s ‘Point of Light’ award to his growing collection of accolades, which includes holding two Guinness World Records, publishing a bestselling book aged seven and presenting a recent research project remotely to the UN in Geneva.

Over the last couple of years, the 15-year-old has devoted much of his free time to not only helping those with mental health disorders, but also raised awareness of mental health issues. As well as studying a semester-long course in psychology from Harvard University, his own research was used by NHS Public Health England.

Last week, Monty, who is the Head Boy at St Joseph’s High in Bolton, was presented with a Points of Light award from Prime Minister Boris Johnson, for his positive community impact and forming the registered charity Young Active Minds, at just 14 years old.

In a personal letter to Monty, Prime Minister Boris Johnson wrote: “Congratulations on all that you have done over the last year to help other young people. From your pioneering peer research, to the creation of your app, you have opened up conversations around mental well-being which are more important than ever at the moment. Through your charity ‘Young Active Minds’ you are also making a fantastic contribution to learning and mental well-being.”

Monty first learnt of the news during a zoom call with his MP, the Rt Hon Nigel Evans, who wrote to the Prime Minister to nominate Monty for the award.

Monty said: `“I am lost for words. I felt very honoured to be presented with this award from the Prime Minister. I think every person, in their own small way, has helped their friends, families and neighbours throughout this difficult time. It’s testament to the great British spirit that we are resilient and help each other to pull through such difficult times. I would like to thank the Prime Minister and the Points of Light awards programme for this wonderful recognition.”

MP Mr Evans said: “It was a genuine pleasure to be able to let Monty know about his award from the Prime Minister, as it was a complete shock to him but it clearly meant a lot to receive it. His accolades speak for themselves, but his efforts so far have been inspiring, and he has directly helped improve young people’s mental health. Monty has a bright future ahead of him.”