Mr Quayle said it was “incredibly important” to respect those in service.

The covenant is described as a “voluntary statement of mutual support between the civilian population of the Isle of Man and the armed forces community”.

We look forward to working with the Isle of Man Government as they work towards the Defence Relationship Management (DRM ) Employer Recognition Scheme. 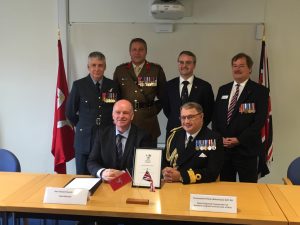