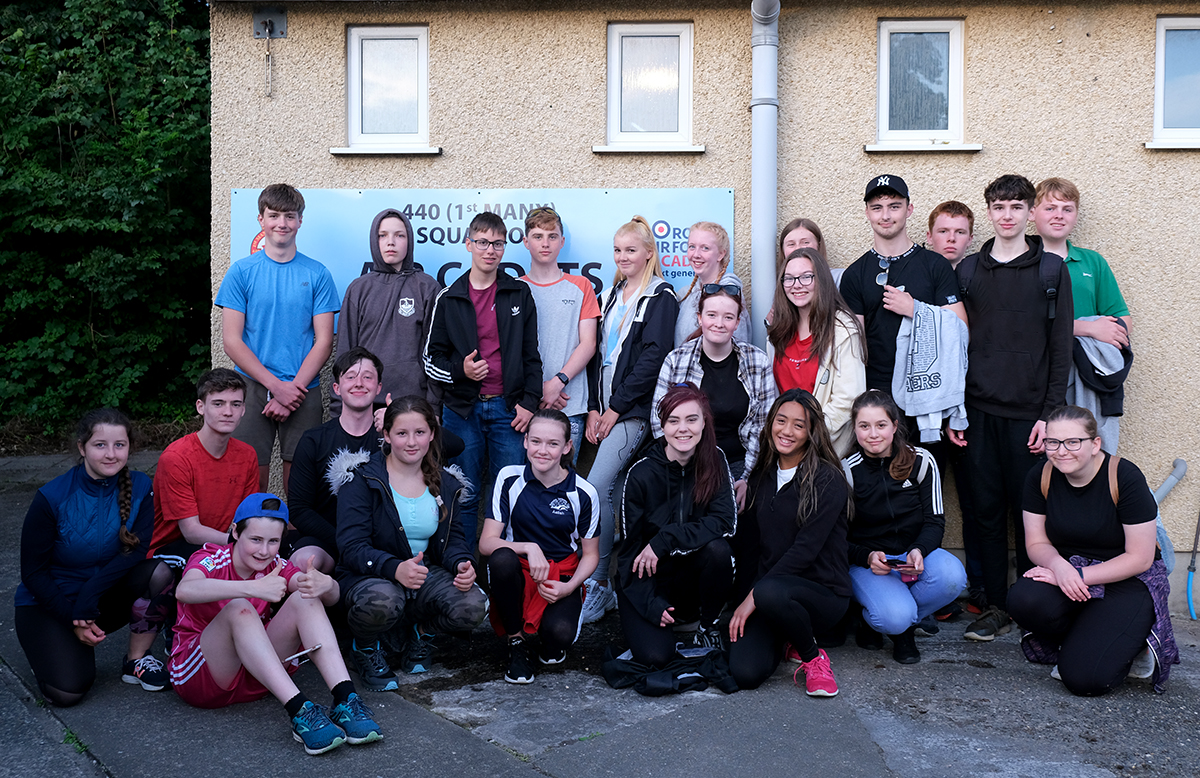 Since the Isle of Man Government has declared the island as COVID-19 free and removed social distancing regulations, 440 (1st Manx) Squadron is returning to face to face air cadet parade evenings – and is the first to do so in the British Isles.

Based in Douglas and Ramsey, the squadron premises have undergone rigorous health and safety checks carried out by North West Reserve Forces’ and Cadets’ Association (RFCA) to ensure the safety of both the cadets and the adult volunteer staff. This will ensure the Air Cadet unit can operate in a COVID-19 secure manner.

Wing Commander Pheric Thrussell, Officer Commanding, 440 (1st Manx) Squadron, said: “We are delighted to be able to return to duty here on the Isle of Man. We have worked hard as a team to be ready to resume face to face activities as soon as approval was granted.  We are very grateful for the support of the IOM Government, and our Wing and Regional staff who have made it possible. I have no doubt that the rest of the RAF Air Cadet units will soon be in the same position. Our first night back will be an informal fun evening to allow everyone to get used to meeting together and we will then restart our training programme concentrating on outdoor activities.”

Group Captain Roger Simon RAFR, Regional Commandant Wales and West Region, said: “The COVID-19 free declaration and the removal of social distancing measures has meant that 400 (1st Manx) Squadron has been able to plan for a controlled and safe return to Squadron activities.  This is sooner than squadrons in other areas of the British Isles where COVID-19 restrictions remain in place.  I am grateful to the Isle of Man Government for their support and also for the support of the North West Reserve Forces and Cadets Association in getting everything in place for activities to start again.  I am most thankful though to the Squadron staff, especially Wing Commander Pheric Thrussel, for all their work in preparing a safe and secure environment for the cadets to return to; they have put a lot of effort in to make sure things are right.

Colonel (Retired) Mark Underhill, Chief Executive Reserve Forces’ and Cadets’ Association, said: “As the organisation that facilitates the infrastructure for the Air Training Corps, The Reserve Forces’ & Cadets’ Association for the North West of England & the Isle of Man is delighted to see that 440 (1st Manx) Squadron has been able to get back into its premises across the Island and start face to face training again”.

The Isle of Man’s armed forces champion, the Honourable Juan Watterson, Speaker of the House of Keys, said: “It is a testament to the people of the Isle of Man that Covid19 has currently been eliminated. This has allowed the dedicated team of adult instructors to enable young people to once again reap the many benefits of involvement in uniformed cadet groups such as shooting, first aid, fieldcraft as well as the social and discipline skills that come through the values of the armed forces.

“It has been a pleasure to see the IOM ATC go from strength to strength over the years I have been Armed Forces Champion under the leadership of Wing Commander Thrussell. I know that the instructors and cadets will be as keen as ever to meet up in Douglas and catch up.”

The return of face to face activities is subject to the Isle of Man remaining COVID-19 free.  440 (1st Manx) Squadron will adhere to any restrictions or legislation passed by the IOM Government.