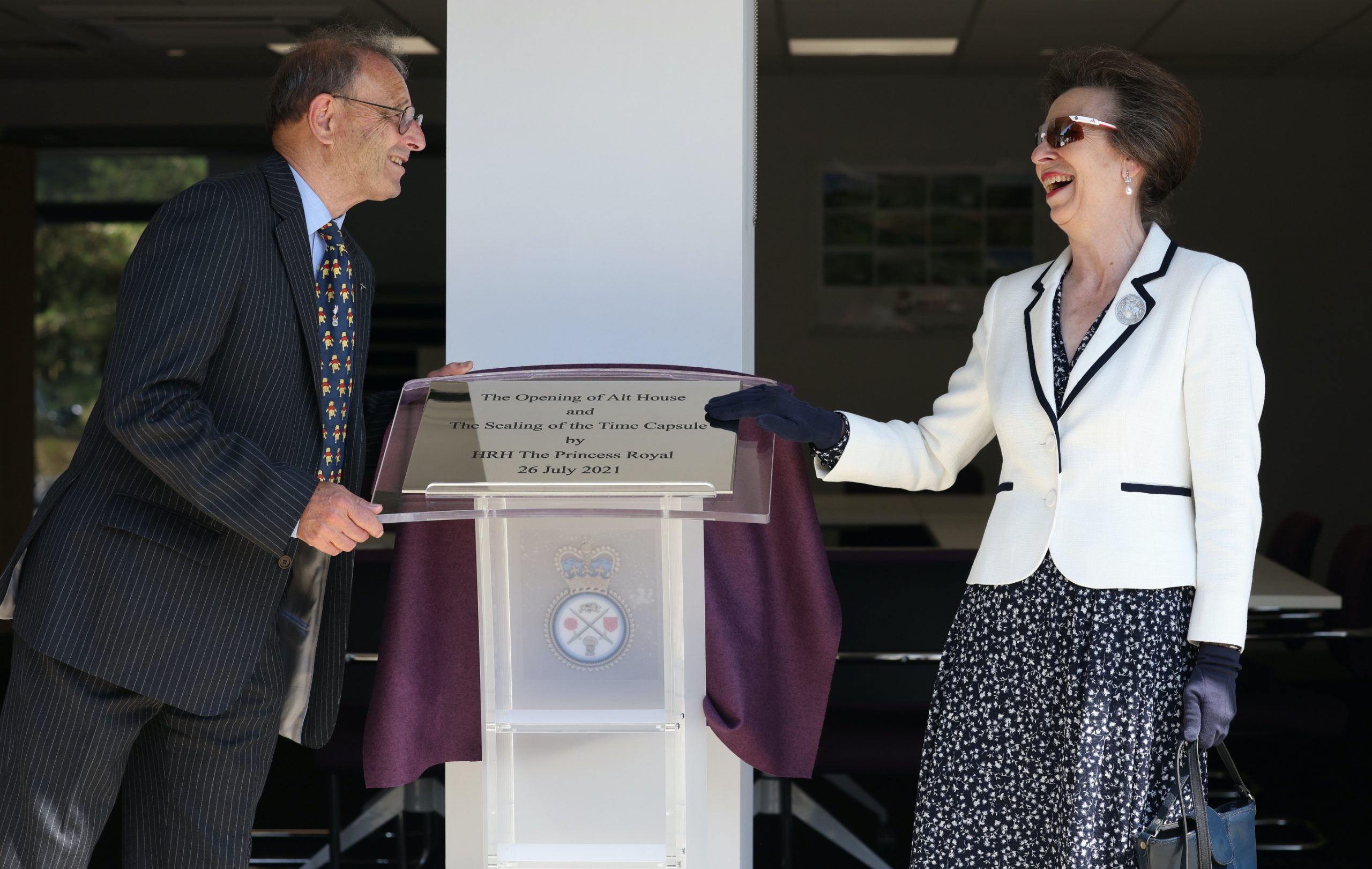 The Princess Royal visited the Reserve Forces’ and Cadets’ Association for the North West of England and Isle of Man (NW RFCA) based at Altcar Training Camp in Hightown on Monday, July 26 to officially open the new headquarters and seal the Time Capsule.

The Princes Royal unveiled a plaque to mark the official opening of the Headquarters.

Colonel Williams said: “We were delighted to welcome Her Royal Highness The Princess Royal to the NW RFCA to formally open the headquarters. It was a fabulous opportunity for her to meet our dedicated staff, board members and representatives from our Service provider Aramark, the Military Guard Force and two cadets from Merseyside Army Cadet Force. We are grateful to Her Royal Highness for taking the time to visit us and to showcase our modern, low carbon and sustainable building, which provides an enduring base for the Association’s ongoing work in support of the Reserve Forces and Cadet organisations across the north west of England ”.

The new headquarters have been operational since late 2020 and is on target to be awarded the BREEAM ‘Excellent’ rating. The international BREEAM standard is the highest award for best practice in sustainable design and environmental performance for buildings. The move has also reduced the financial burden imposed on the Association and frees more resources for the benefit of the Reserve and Cadet estate in the region.