It was an absolute pleasure for the North West Reserve Forces’ and Cadets’ Association Engagement team to host so many of the North Wests Armed Forces supportive businesses recently onboard HMS Queen Elizabeth.

We thank the ships Captain Ian Feasey and Commodore Phil Waterhouse Royal Navy for their kind invitation and the hospitality of all the crew. 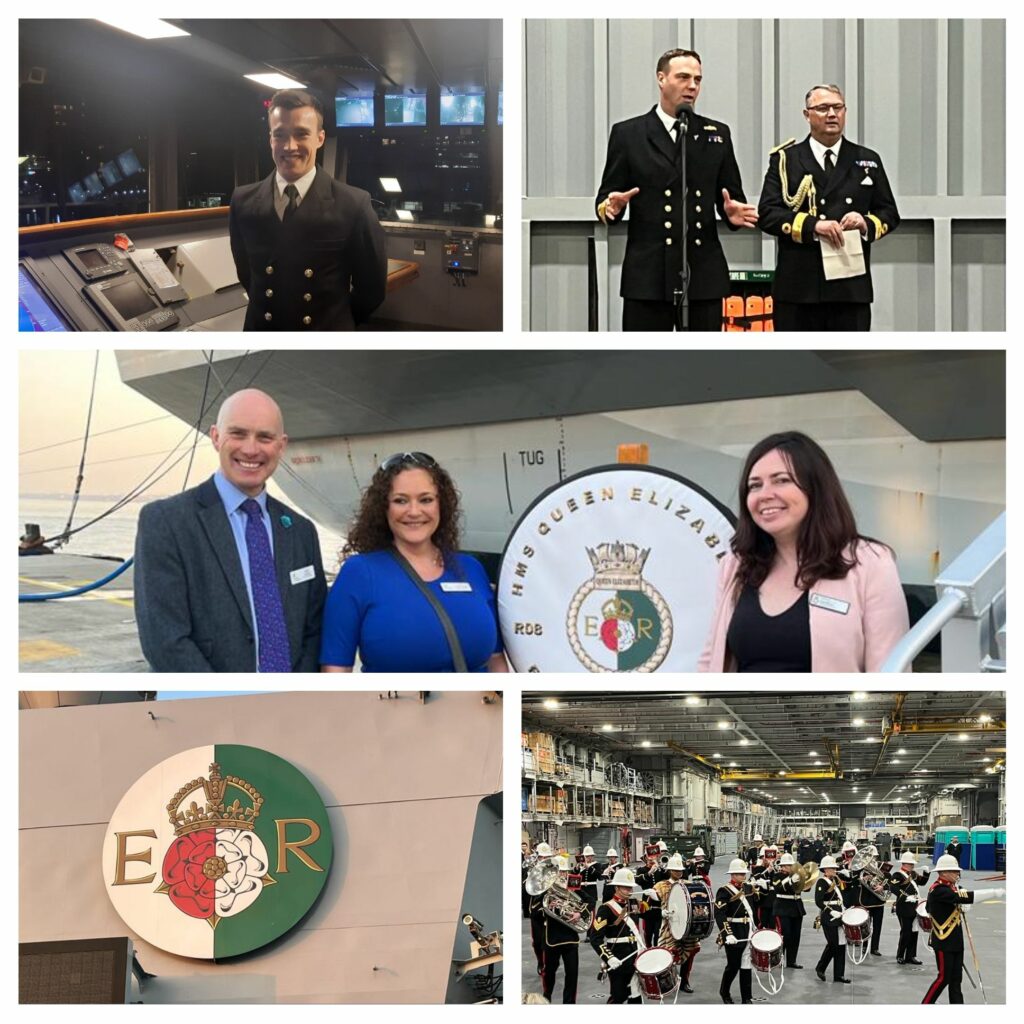 On board HMS Queen Elizabeth

Our guests were treated to a tour of the flight deck, the main hanger and saw the Sunset Ceremony, which was accompanied by the band of the Royal Marines and the ships Guard of Honour. 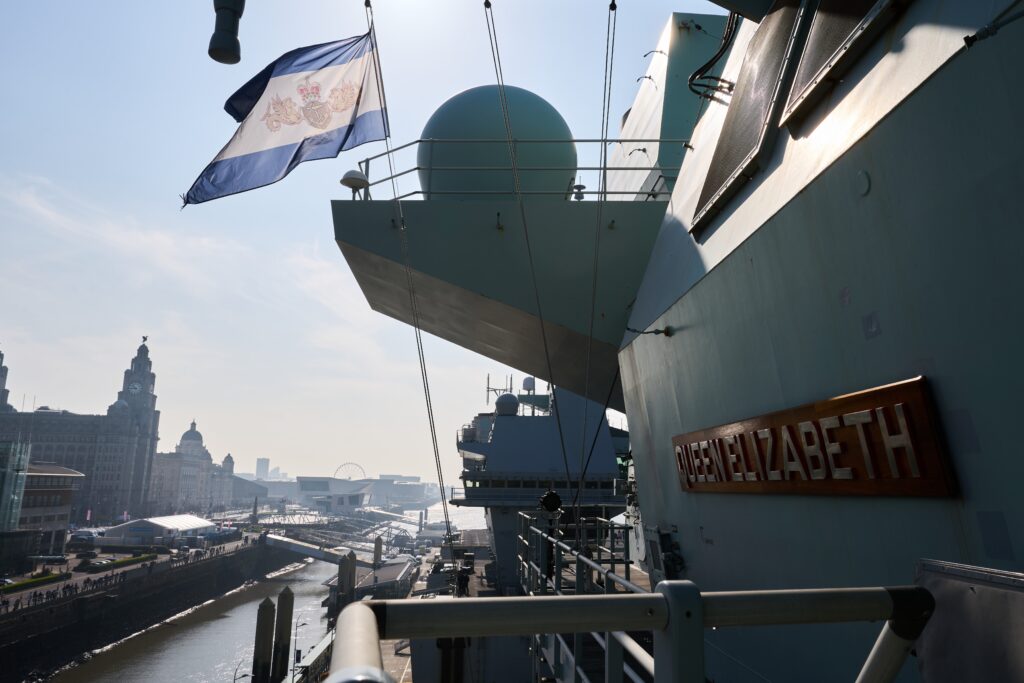 The 65,000 tonne fleet flagship made a striking sight as she sailed into the Port of Liverpool. The aircraft carrier dominated the Liverpool skyline as hundreds of people gathered to see the vessel sail down the River Mersey. 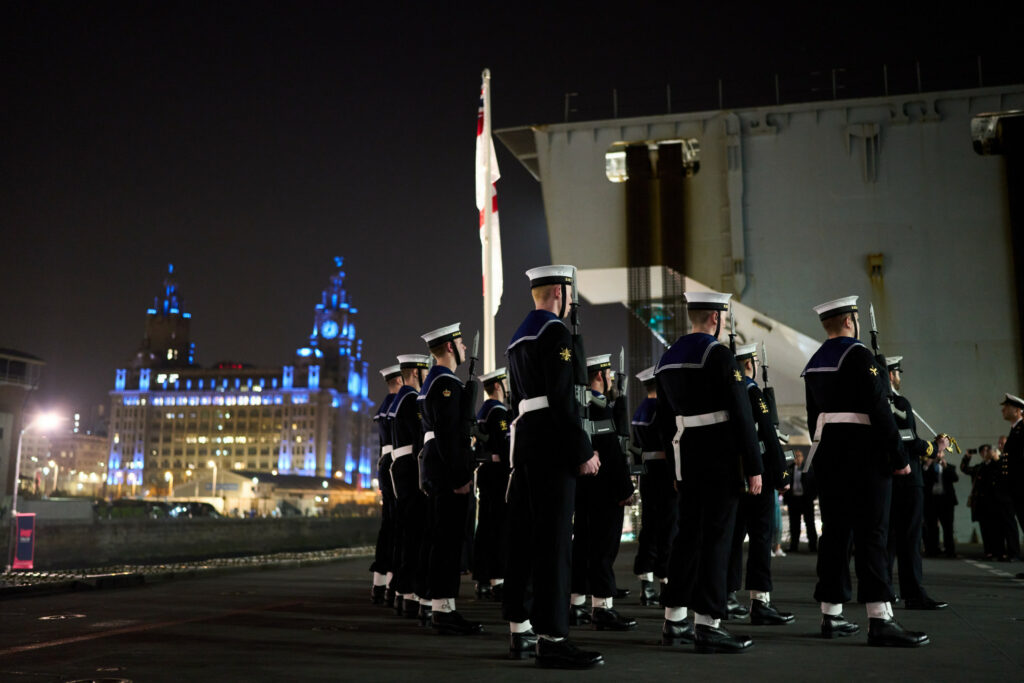