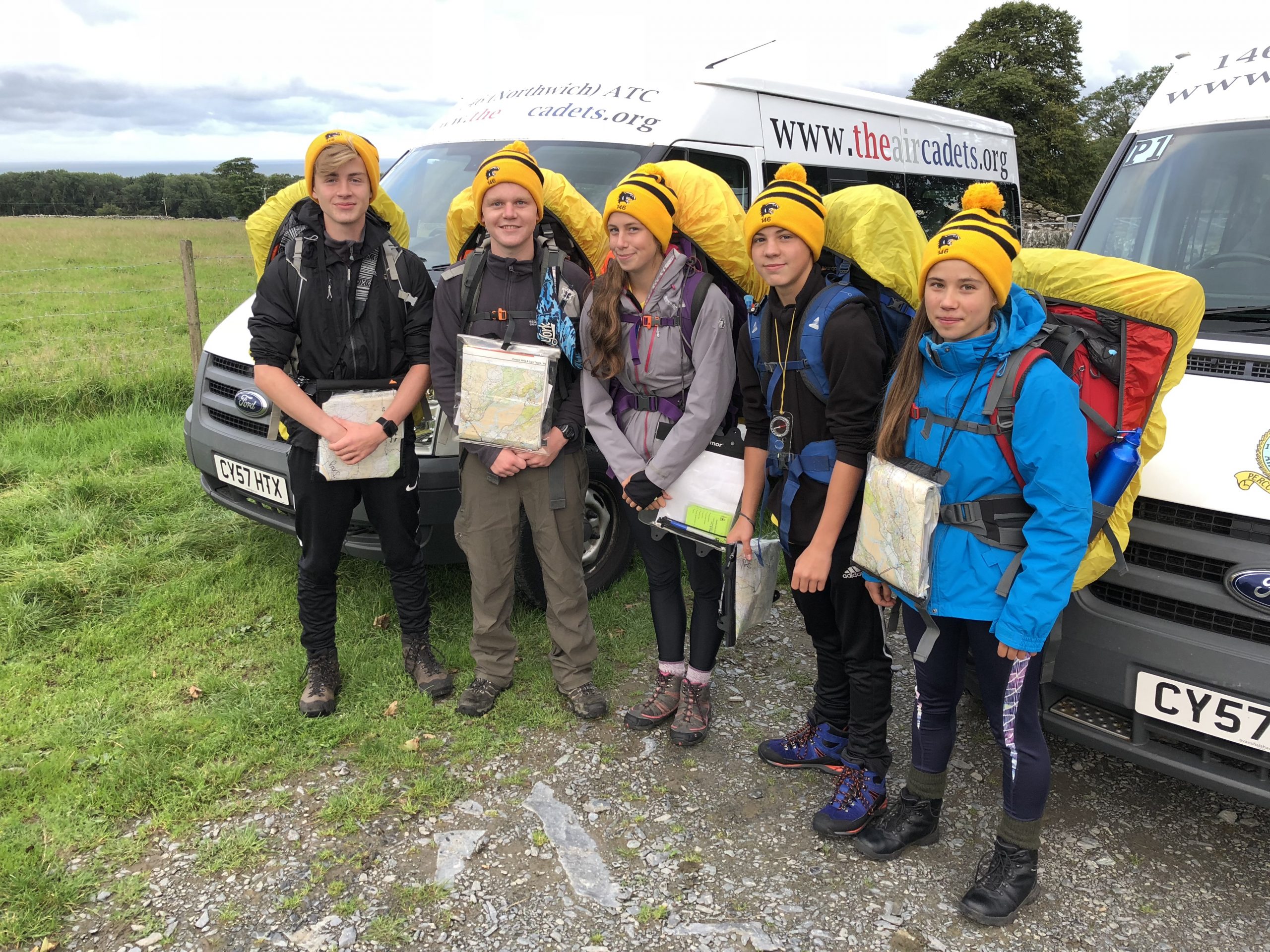 The DofE Award is available to 14-24 year-olds, who can undertake three progressive levels which, when successfully completed, leads to a Bronze, Silver or Gold Duke award.  There are four sections to complete at each Bronze and Silver level and five at Gold. They involve helping the community/environment, becoming fitter, developing new skills, planning, training for and completing an expedition and, for Gold only, working with a team on a residential activity.

Both Richard and Alex completed all levels of their Duke of Edinburgh’s Award with Northwich Squadron, Royal Air Force Air Cadets (RAFAC). Flight Lieutenant Jos Twose and her husband Squadron Leader Paul Twose (Officer Commanding 146 Squadron) started running the DofE on the squadron in 1987, with Richard gaining his Gold in 1990. Since then, Flight Lieutenant Tim Lloyd, now Commanding Officer of Crewe Air Cadets and Flying Officer Sarah Ross, have continued their hard work with the total number of Gold DofE awards gained at 146 up to March 2020 reaching 251!

Alex completed his Gold award by volunteering as an senior cadet NCO, leading younger cadets. He also completed weekly fitness sessions for his physical section and learned to play the side drum as his skill element. He also undertook a residential week with North Region RAFAC marching band and a gruelling four day expedition in some very wet weather in Snowdonia. For more information on the Air Cadets, see: www.theaircadets.org