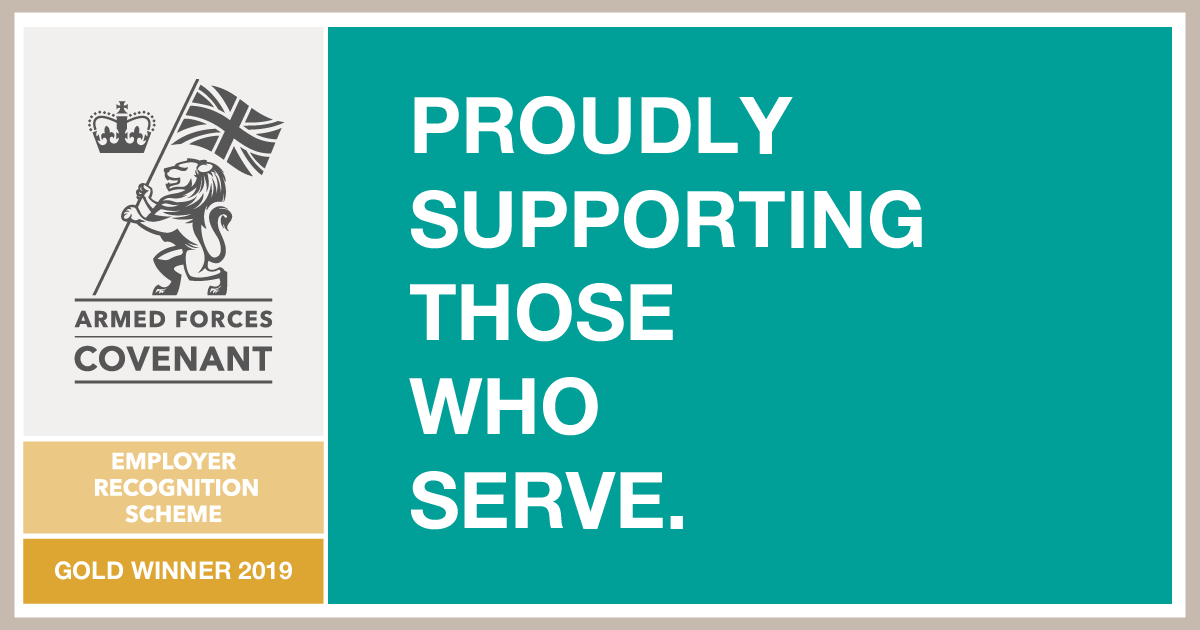 On the 12 November 2019, 100 employers were recognised by The Ministry of Defence for their outstanding support for the Armed Forces community by being awarded an Employer Recognition Scheme Gold Award. They were presented with their awards at the National Army Museum in London. The MOD’s Employer Recognition Scheme Gold Awards represent the highest badge of honour available to those that employ and support those who serve, veterans, and their families. The scheme continues to grow year on year with awardees doubling in the last 12 months taking the total to 228. Employers have won awards for initiatives such as employing veterans, supporting individuals transitioning out of the armed forces into a new career and providing flexibility for Reservists. Included are 23 Local Authorities, 13 NHS Hospitals and Trusts and 29 SMEs. The 100 winners have been recognised for their long-term commitment to the Armed Forces, with companies from the public and private sector achieving the top grade. Each has signed the Armed Forces Covenant, and where possible, engages with the Career Transition Partnership (CTP) to promote the recruitment of service leavers, as well as honouring individual pledges of support. This year the following employers from across the North West of England have been awarded Gold: Chris Ashworth, Regional Employer Engagement Director at the North West of England and the Isle of Man Reserve Forces’ and Cadets’ Association (NW RFCA), said:  “On behalf of the Ministry of Defence we are delighted to be able to recognise the support and commitment given to the Armed Forces Covenant by employers in the region, through the Employer Recognition Scheme Gold awards. Each recipient has demonstrated the highest level of support to the Armed Forces community and we thank them for their continued enthusiasm and commitment.” For further information on the 100 employers awarded, see the DRM website.