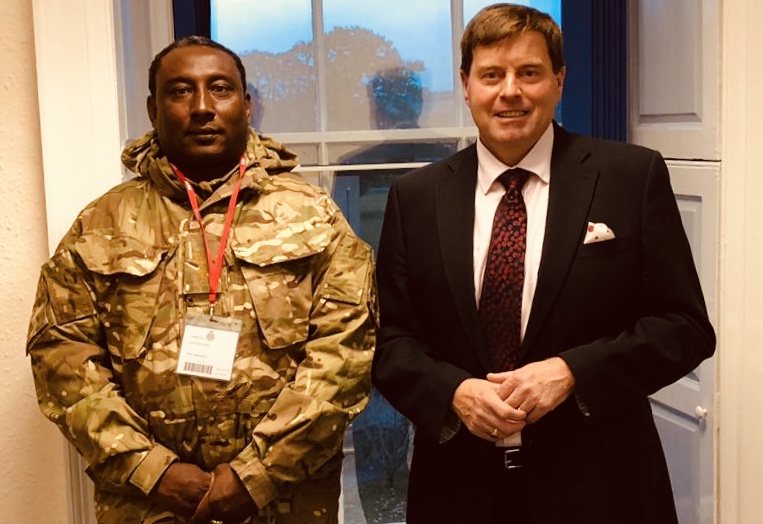 Born in Cumbria, Peter joined the Royal Military Academy Sandhurst to train as an Army Officer after University. His Army career span 34 years and he served on operations as diverse as Foot and Mouth here in Cumbria, Northern Ireland, Cyprus, Bosnia, security for the Olympics and most recently fighting Ebola in Sierra Leone.

Colonel Peter McCall left in Army in 2015 and was appointed Police and Crime Commissioner in Cumbria in 2016. His experience from his military career and his current role brings huge value to Cumbria Army Cadet Force. Commenting on this, he said: “Commanding soldiers is an incredible privilege which I was fortunate to enjoy during my time with the Army.  The most fantastic thing is to see them flourish and enjoy successful careers.  I hope to be able to support our cadets and in particular our awesome volunteer instructors to be fantastic mentors and role models to our cadets”.

In addition, Colonel Peter McCall said: “I am humbled to have accepted this appointment with Cumbria Army Cadet Force. I look forward to supporting as many activities as I can. I think as Honorary Colonel, the role is also about supporting staff and our volunteers without whom, the organisation just wouldn’t work.  We have so much to thank them for as the give their time, skills and experience so willingly. I will be doing everything I can to spread the word about the value of our volunteer instructors, how much they give but also, the immense satisfaction I know they get from their involvement.

In July 2020, Cumbria Army Cadet Force will send 12 cadets and 4 adult volunteers to the Turks and Caicos Islands in the Caribbean to conduct a 10 day exchange programme.  The exchange will provide a once in a life time opportunity for cadets, offering adventurous and military training as well as a diverse cultural experience.

Lieutenant Colonel Ennis Grant, commented: “I am delighted to be part of this new programme and believe the exchange will be invaluable in developing our existing cadet and adult volunteer experience. l have been overwhelmed with the generosity shown to me by Cumbria and I look forward to welcoming the Cumbrian Cadets in the Caribbean next July”.