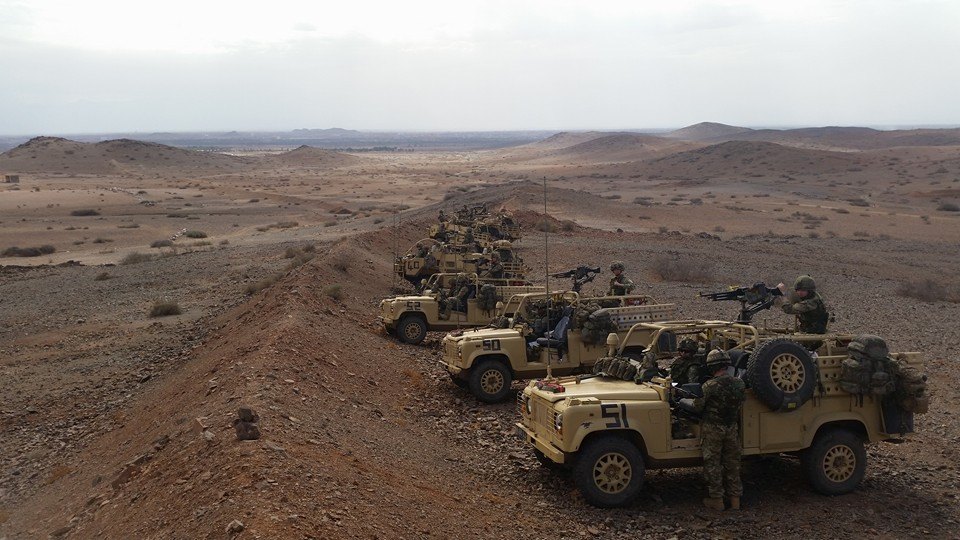 Soldiers from the Queen’s Own Yeomanry (QOY) have recently returned from Exercise JEBEL SAHARA in Morocco . The exercise, hosted by the Light Dragoons, saw Army Reservists training alongside their paired Regular counterparts and the Moroccan forces in a tough and unfamiliar environment. 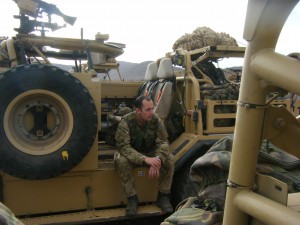 In a further demonstration of their ability to contribute positively to operations, the QOY supplied a troop of RWMIK vehicles and several additional crew members to support Regular troops operating Jackal vehicles.

Our soldiers, drawn from squadrons in York, Wigan, Newcastle and Chester, deployed to Camp Ram Ram 10 miles north of Marrakech to join up with our Regular counterparts.  Following some acclimatisation and troop level training, the Reservists integrated with the Light Dragoons to conduct squadron level operations.

The terrain and operations were however very tough on the vehicles! In addition to dozens of punctures on the way up and down mountains, the REME were kept busy with all manner of repairs, often working late in to the night to keep our vehicles operational.

The training area offered great freedom of movement which was hugely beneficial to our crews, especially the drivers, as UK training areas do not always offer this opportunity.   Our soldiers also had the chance to interact with the local civilian population whilst on exercise. The local communities were incredibly hospitable and welcoming despite us training and driving all over their land.  They often jumped at the chance to offer us food and local delicacies when the opportunity arose.

Learning to operate in Morocco provided soldiers with the chance to train in scenarios quite different to those available in Northern Europe.  Learning to cope with extremes of heat, terrain and driving conditions provided valuable learning certain to benefit them on future deployments.  Opportunities like this, and the chance to train abroad, are becoming more and more accessible to Reservists especially as we work closer with The Light Dragoons. 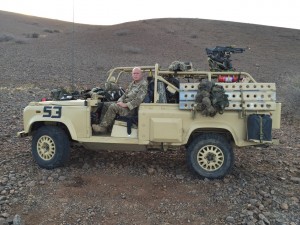 In addition to strengthening relationships between the paired regiments, soldiers were able to learn a great deal about alternative platforms, equipment and practical skills employed by their counterparts. LCpl Graham Clowes of C (Cheshire Yeomanry) Sqn QOY spent two weeks embedded in a Light Dragoon troop operating on Jackal vehicles: “As a Reservist this has been great for my development and I feel the Light Dragoons have benefitted from some familiarisation with Reserve Forces. We’re all looking forward to more joint exercises in the future.”

QOY have squadrons based in Chester and Wigan. C Sqn QOY parades at Fox Barracks, Chester, on Thursday nights, and B Sqn QOY in Wigan Wednesday nights. For more information about the Army Reserve visit www.armyjobs.mod.uk