You are here: Home > Public News > Cheshire Marksman Blow Away Competition At Bisley
◄Back to News 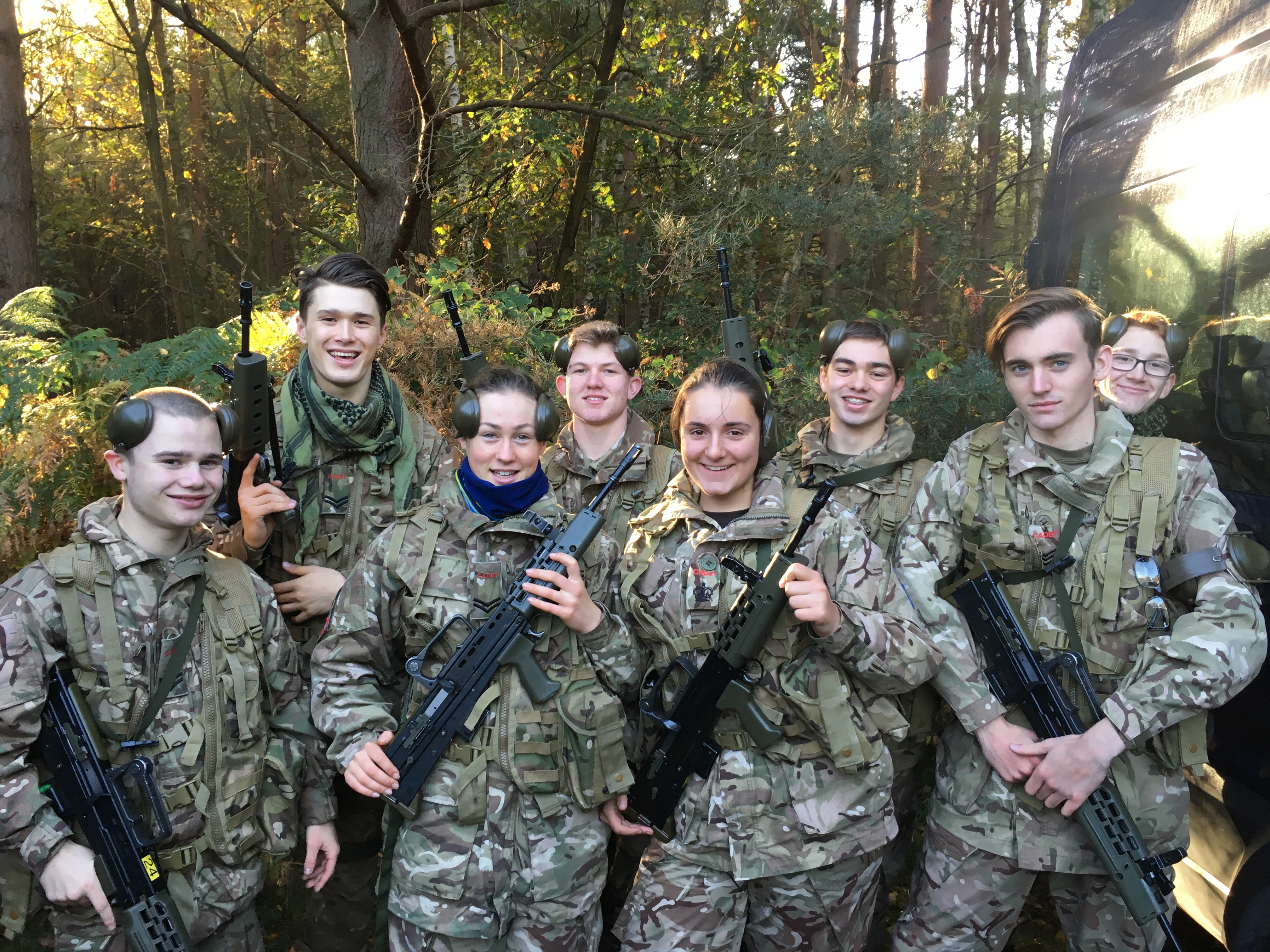 Hot off the heels of their success at the regional Cadet Skill At Arms Meet (CSAAM) at Altcar in September, the Cadets and Adult Volunteers of Cheshire ACF’s Shooting Team set their sights at the next level. The Cadet Interservice Skill At Arms Meeting is the national cadet shooting competition and the absolute highlight of the shooting calendar. The CISAAM sees representatives from the Army Cadet Force, Sea Cadets and RAF Air Cadets all compete against each other in a series of matches in a bid to be named best marksman in the country.

The cadets and Adult Volunteers were understandably nervous at the prospect of competing at such a high profile competition, but as life often proves, nerves are merely a sign of impending success; and this was no different!

Cadet Sergeant Thomas Fulbrook achieved the title of Best Shot in the Army Cadet Force and received a Silver Medal in the Rifle Pairs competition alongside Cadet Sergeant Aiden Morrey. Together they also represented the ACF as part of the national team who came second overall, both in turn receiving a further Silver Medal.

The sub-team of cadets from Cheshire’s Somme Company came third in the Falling Plates and second in the Defence Match Competitions.

Finally, the Adults got to have a go and again, Cheshire came home with a medal. This time it was SMI Katy Piper who was a runner up in the Adults Competition.

At the end of the competition and after all their achievements they were, for the first time in the County’s history, crowned the top Army Cadet Force Shooting Team; a truly incredible achievement.

Over the last year one of the instructors who’s mentored and lead the team through to this momentous occasion was SMI Katy Piper. Upon the team’s return to Chester she said: “Cheshire have walked away with several medals, some excellent placing and as the top ACF team in 2017. I’m immensely proud of the efforts and dedication from the cadets and CFAVs leading up to this event. To everybody who has supported Cheshire ACF shooting, I thank you.”

What a way to end a fantastic year for Cheshire ACF’s Shooting Team!

For more information about Cheshire Army Cadets and how you can get involved, as a cadet or a Cadet Forces Adult Volunteer, visit armycadets.com/county/cheshire-acf/