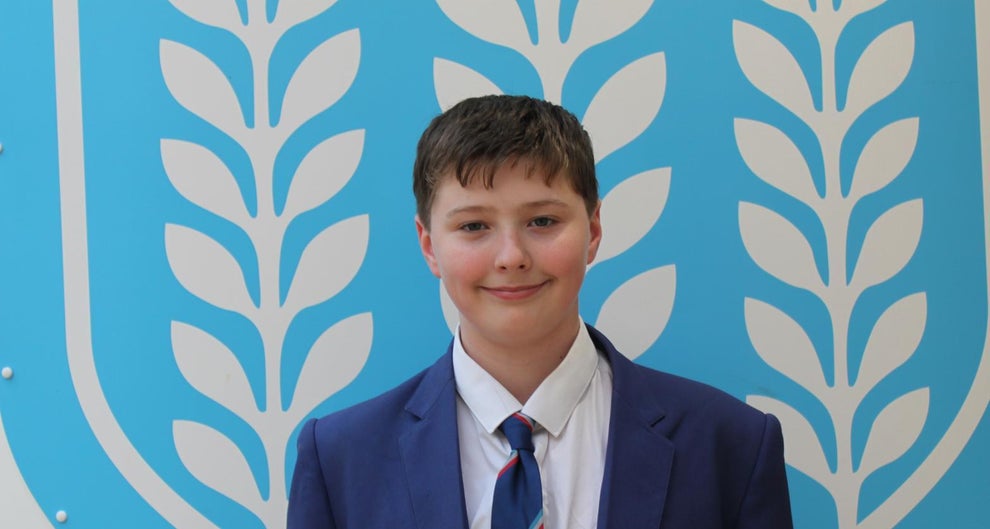 A teenage boy sprang into action after he discovered a man collapsed close to his school.

Alex Whitehead, a pupil at Highfield Leadership Academy, was returning home from school on November, 18 when he saw an elderly man lying on the ground in the bus stop on Highfield Road.

The 13-year-old boy ran to the man who was bleeding and unconscious. But despite encountering a situation that would have unnerved many adults, brave Alex knew exactly what to do.

The year 9 pupil, who is an Army cadet in the school’s Combined Cadet Force (CCF), had recently completed a Heart Start first aid course, as part of his cadet training. The course taught cadets at the school the basics of first aid and how to help a person in cardiac arrest.

Thanks to his training, Alex worked quickly to ensure the man’s airways were clear and placed him into the recovery position. He also helped to keep him warm and stemmed bleeding from the man’s head while a nearby woman called for an ambulance.

Alex said: “When I saw the man lying there it was a bit scary, but thanks to my first aid training, I felt more confident and knew what I needed to do.

“I ran through the checklist in my head and started helping the man. Thankfully, a woman who was already there called an ambulance and two nurses also stopped to help.

“I’m glad I went on the course. I can’t imagine what I would have done without it. I’d really recommend going on a first aid course to anyone.

“We don’t know what happened to the man and I would really like to find out how he is doing.”

He said: “Alex is a wonderful example of the caring and bright pupils at our school who will drop everything to help somebody in need.

“This was a situation that would have made many adults feel afraid or perhaps hang back. But Alex demonstrated compassion by volunteering his services in a way that really proved his mettle.

“Alex is clearly a very special child who is worthy of our praise. I hope that other pupils are inspired by his example and learn the basics of first aid so that they too can offer help to those in need.”

Highfield Leadership Academy is a secondary academy for pupils aged 11 to 16 in Blackpool.