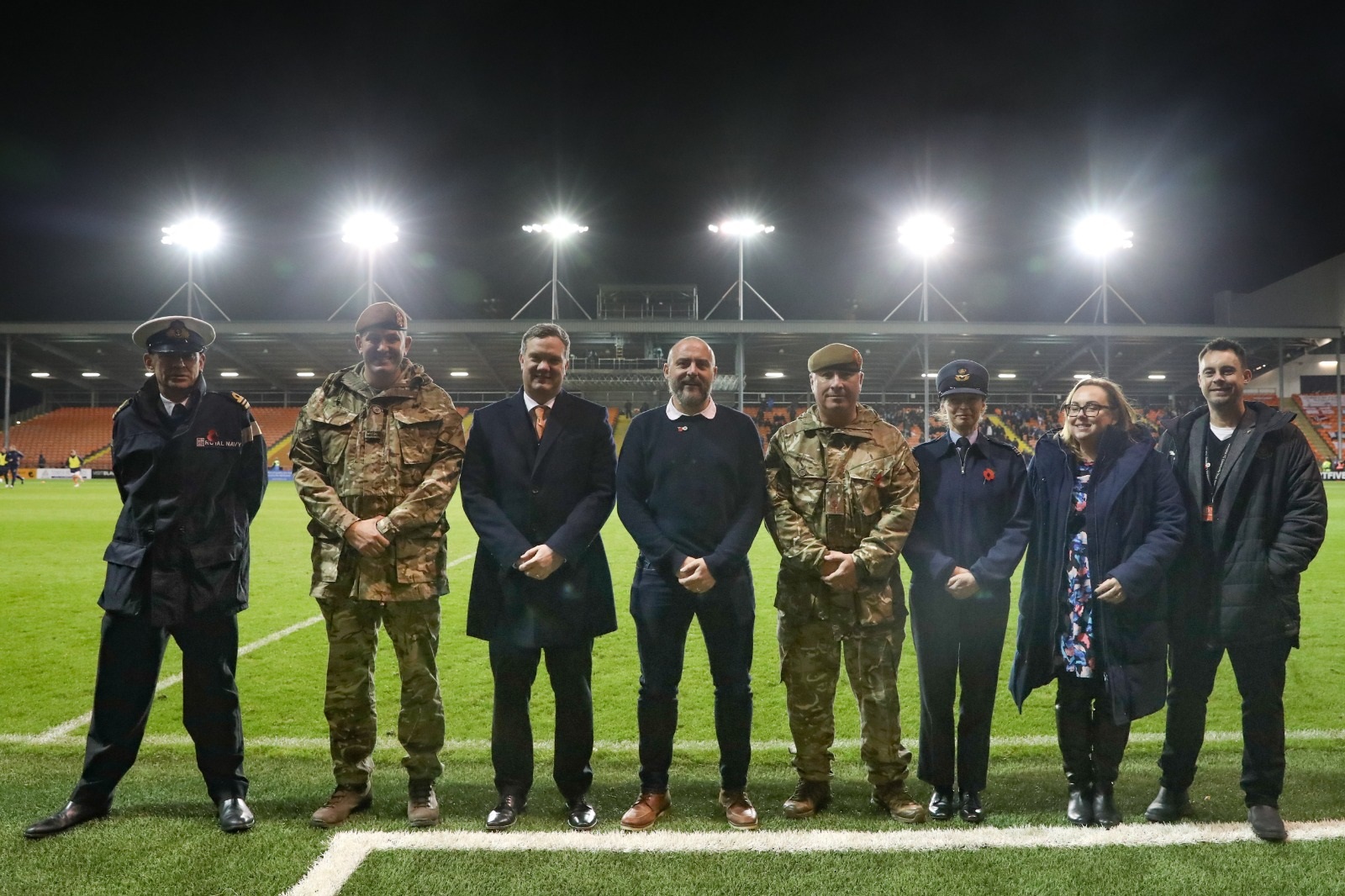 The ceremonial signing took place at half time on Saturday 6 November and involved the Chief Executives of Blackpool Football Club and Blackpool FC Community Trust, Ben Mansford and Ashley Hackett. Major Andrew Holsgrove from 4 LANCS signed the covenant on behalf of MOD and be joined by representatives from the Armed Cadets, Royal Navy, and Royal Air Force.

“The Club values the contribution that serving personnel, veterans and military families have made to our country and is proud to formally sign the Armed Forces Covenant alongside the Trust. “We are all honoured to make this ongoing and public commitment and look forward to welcoming members of the Armed Forces community to Bloomfield Road at the Remembrance fixture against QPR.”

The match itself also included other forms of remembrance, 100 local individuals who have served in the Armed Forces were invited to watch the game as guests of the Football Club and Community Trust. Six local Armed Forces military veterans also formed a guard of honour for both teams, followed by a minute silence and playing of the last post.

“The Community Trust is proud to support our community through the work we do, which includes social, [physical and lifestyle programmes specifically for the Armed Forces community. This occasion is therefore a great opportunity for us to build on that, while also involving our community of military veterans.”

“It is fantastic to see Blackpool Football Club Community Trust signing the covenant and pledging their support. Their Veterans community programme is outstanding and is making a difference to many local people who come together with a mutual background and a love of the sport. I will be watching with interest as I know that Blackpool FCCT has a real desire to excel in all they do. On behalf of the Defence community across the region, we are grateful for their support.”