You are here: Home > Public News > Amazon line managers put through their paces with the Duke of Lancaster’s Regiment
◄Back to News 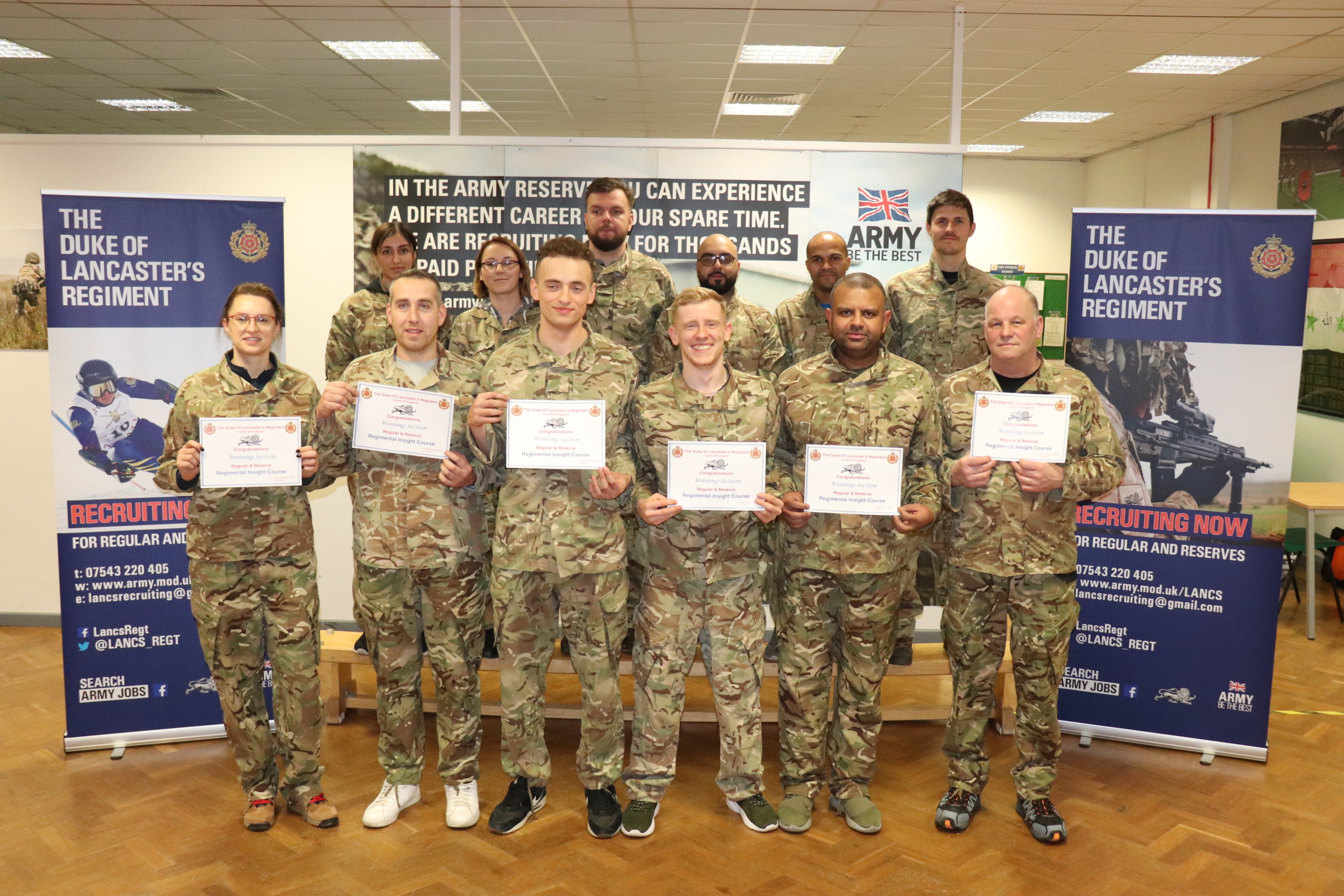 12 managers from the Amazon sortation centre in Haydock, St Helen’s were put through their paces with a one-day Employer Engagement event hosted by The Duke of Lancaster’s Regiment (4 LANCS) on 29 January 2020.

Amazon recognises the huge contribution veterans, reservists and military spouses make to their workforce and in 2019 received the Gold Award in the Ministry of Defence’s Employer Recognition Scheme in celebration of their support to the Armed Forces, current and former military personnel and their families.

The event was a huge success with all Amazon delegates participating in a range of command, communication and problem solving tasks and activities. The day also included a session focused on military leadership where examples of military experiences were transferred into a logistics environment, delivered by 4 LANCS officers. This was followed by a series of fun and interactive tasks which put leadership skills into practice.

Captain Alan Goodenough from 4 LANCS commented: “The aim of today was to develop and sustain a mutually beneficial relationship between Amazon employees and the Armed Forces. There was an opportunity to engage to recruit but also to inform delegates about the role of the Army Reserve.”

The event was well received by the delegates and 4 LANCS delivered the event in an engaging manner with plenty of opportunity for thought provoking discussion.

Ben Ward, Area Manager at the Haydock sortation centre, said: “The event was absolutely brilliant and has provided us with transferable skills which we can take into the workplace to make us more effective leaders. The day also provided an insight into an area of the Army that we don’t hear enough about”.