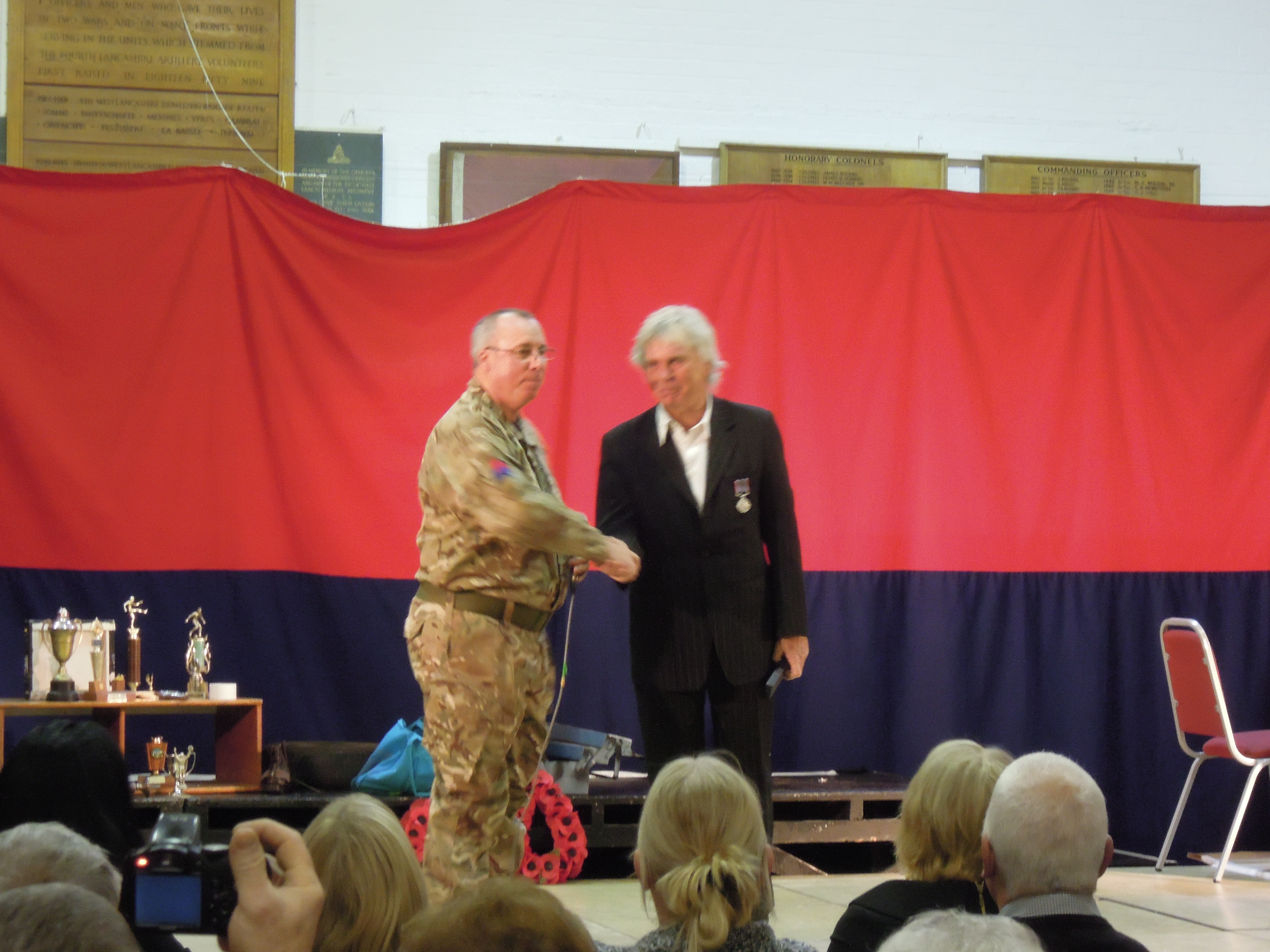 During November, two of our Alternative Venues in Liverpool – Brigadier Philip Toosey Barracks in Aigburth and Alamein Barracks in Huyton – opened their doors in support of two very worthwhile charities – The Army Benevolent Fund and Help for Heroes. The two sites hosted performances of a new play “The Medals”, written specially by comedian Stan Boardman to raise funds for the Service charities. The success of the evenings relied heavily on the formidable support shown by military staff and PSAOs at both sites (Majors Bob Dobson and John Melville). The play was a comedy, though poignant in parts, and finished with the laying of a Remembrance Day wreath, which was a moving end to the drama. The evenings were also supported by members of Merseyside Cadet Force, two of whom were flag bearers and one of whom played the Last Post in the closing scene of the play.

The performance in Aigburth ended with a presentation to Mr Stan Boardman of his National Service medal, which Maj John Melville had sourced as a surprise finale to the evening.

Both events were also attended by representatives of the two charities and the Barracks opened their mess bars to add to the fun on the evenings.

Alternative Venues North West, an initiative of NW RFCA, offers facilities for hire on the ‘Reserve Estate’, comprising properties including the Naval Regional Headquarters, Army Reserve Centres and Cadet training facilities across the region, and Altcar Training Camp on Merseyside.

The funds raised through hire charges are used to directly support the Reserve Forces and Cadet organisations in the region.