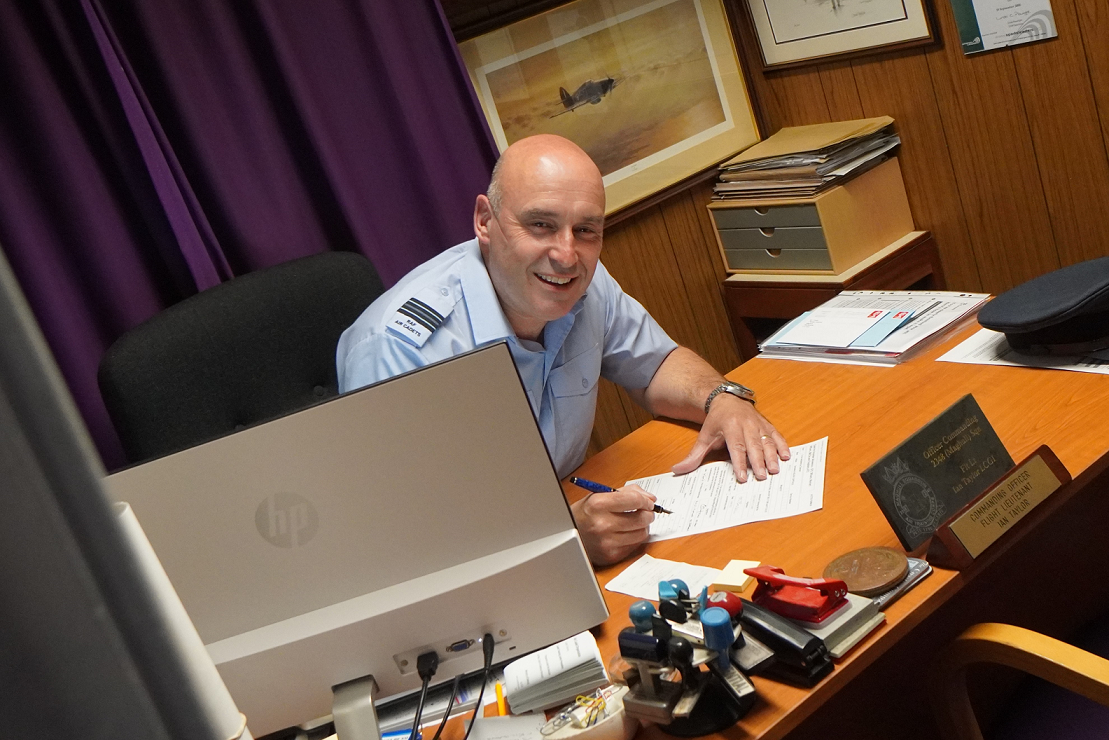 There was cause for celebration in Merseyside Wing following the release of the Queen’s Birthday Honours List for 2021, where among the names of those being honoured for their hard work, dedication, and sacrifice on behalf of their communities, there is a familiar name to those of us in the Royal Air Force Air Cadets. That is the name of Flight Lieutenant Ian Taylor RAFAC, the Officer Commanding of 2348 (Maghull) Squadron, who after having served for 32 years as an adult volunteer has been recognised for his outstanding and selfless contribution to the Air Cadet Organisation and for his exceptional leadership of one of Merseyside Wing’s most prestigious Squadrons, with a Commendation from the Chief of the Air Staff, Air Chief Marshal Sir Michael Wigston.

Flight Lieutenant Taylor is dedicated to the success of his Squadron as well as all the Cadets that have passed through over the past 24 years, committing his time to multiple evenings a week as well as weekends, to mentor and support these young people as they become adults which has included more than 40 Cadets becoming highly successful in their careers within the Armed Forces as well as the Emergency Services and other civilian jobs. For his incredible service and devotion to duty, he has previously been recognised by the Lord Lieutenant of Merseyside in 2018 with the award of a Certificate of Meritorious Service.

“Ian is a role model to a lot of Cadets as well as Adult Volunteer. He has helped so many young people and adults in his time, watching them go on to great things both in civilian life and the military. He has always strived for his Staff and Cadets to be the best and worked so hard, even threw the highs and lows of his own personal life. As a Cadet myself I always looked up to 2348 (Maghull) Squadron in awe. As an Adult Staff member, I have seen Ian as the type of OC I have always aspired to be like, and I still look up to him today. I can’t thank him enough for his time and dedication to the organisation and hope to see him inspiring those young and older members of our organisation for the foreseeable future.”

Congratulations to Flight Lieutenant Taylor from all his friends and colleagues across Merseyside Wing. We are very proud of his accomplishment in being awarded this significant honour, it is a huge symbol of the devotion to service he has given to his Squadron, the Wing, and the RAF Air Cadets as a whole, and it is a well-deserved recognition of his achievements to date.

The Royal Air Force Air Cadets is open to all young people ages 12 (Year 8) to 18 and offers the opportunity for Cadets to experience many areas including Flying, Gliding, Target Shooting, Leadership, the Duke of Edinburgh Award, visits, and camps to active RAF Stations across Europe and much more. If you are interested, please see www.raf.mod.uk/aircadets to find your local Squadron.