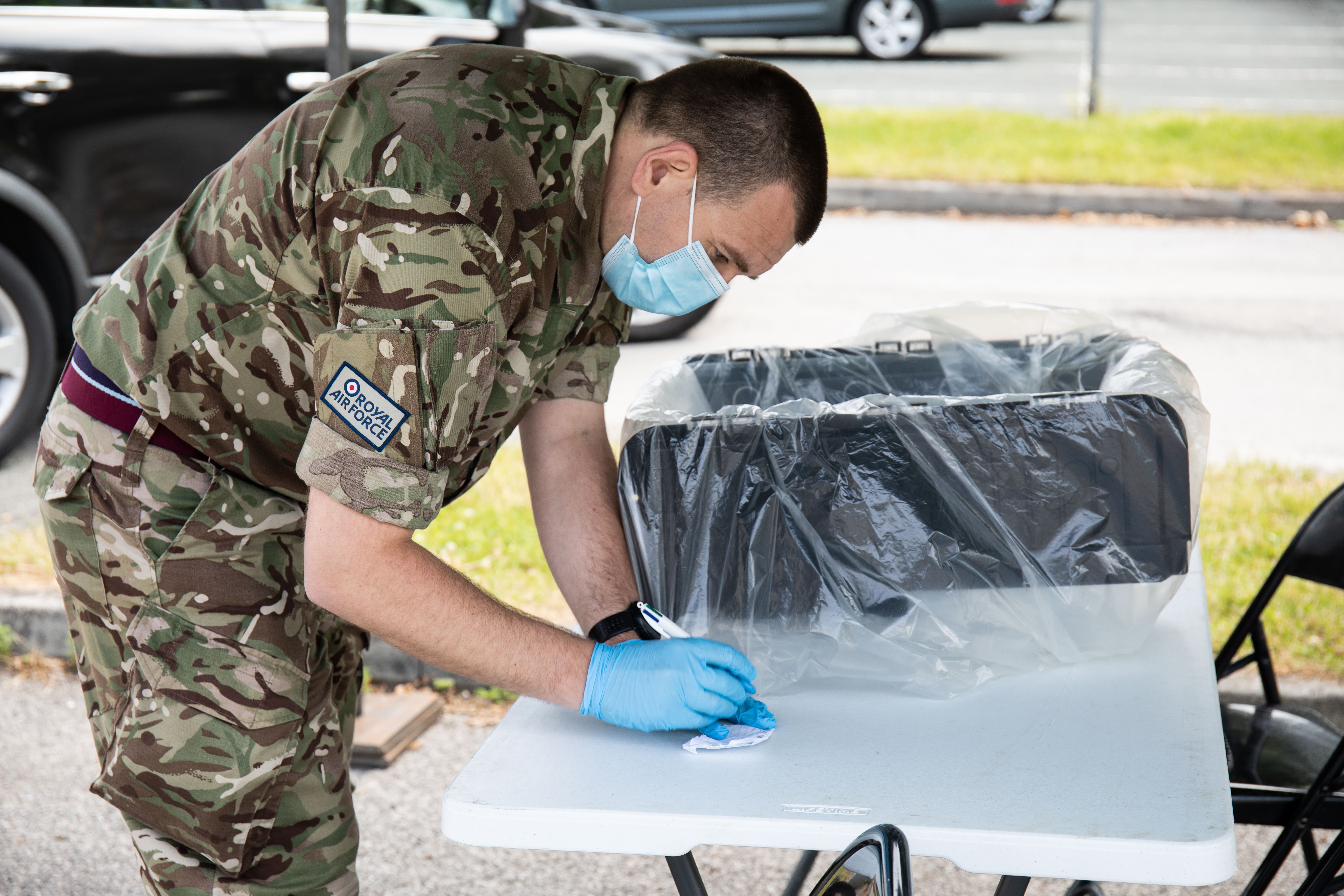 RAF Reserve personnel from 611 Squadron have been mobilised in support of the government fight against COVID-19 for several months on mobile testing units (MTU) across the North West of England.

Based at RAF Woodvale in Merseyside, 611 is a General Service Support Squadron made up of around 100 Reserves representing 10 different trade groups. Since March many have been deployed on Operation RESCRIPT covering a variety of roles from mobile testing to liaison with civilian authorities.

SAC Shaun Ashcroft, a Driver with 611 Squadron, talked about his involvement: “It’s been a great experience, I’m due to finish at the end of August and I have really enjoyed being able to get involved. We had an informative training day delivered by the Army then went out on the ground to shadow an Army team conducting tests so we were well prepared. The people have all been great and it has been a really rewarding opportunity.”

611 Squadron personnel have been running the MTUs with colleagues from 3 other RAF Reserve Squadrons from Northern Ireland, Scotland and North Yorkshire. Between them they have supported the NHS by setting up testing centres at over 80 sites across the North West and helping the general public complete over 8,000 coronavirus tests.

Wing Commander Steve Chaskin, Officer Commanding 611 Squadron, speaking from one of the testing sites said: “611 Squadron offers the RAF trained reservists in a diverse range of trades and skills. We currently have personnel deployed in Nigeria, Cyprus, Lithuania, the Falkland Islands and during COVID-19 in a car park in Manchester, supporting RAF operations worldwide and in our local community.  When we asked for volunteers for this mobilisation we had no idea where they might be sent or for how long.  The number of volunteers we had early on showed just how much our Reserves are willing to give and I’m proud of the work they are doing”.