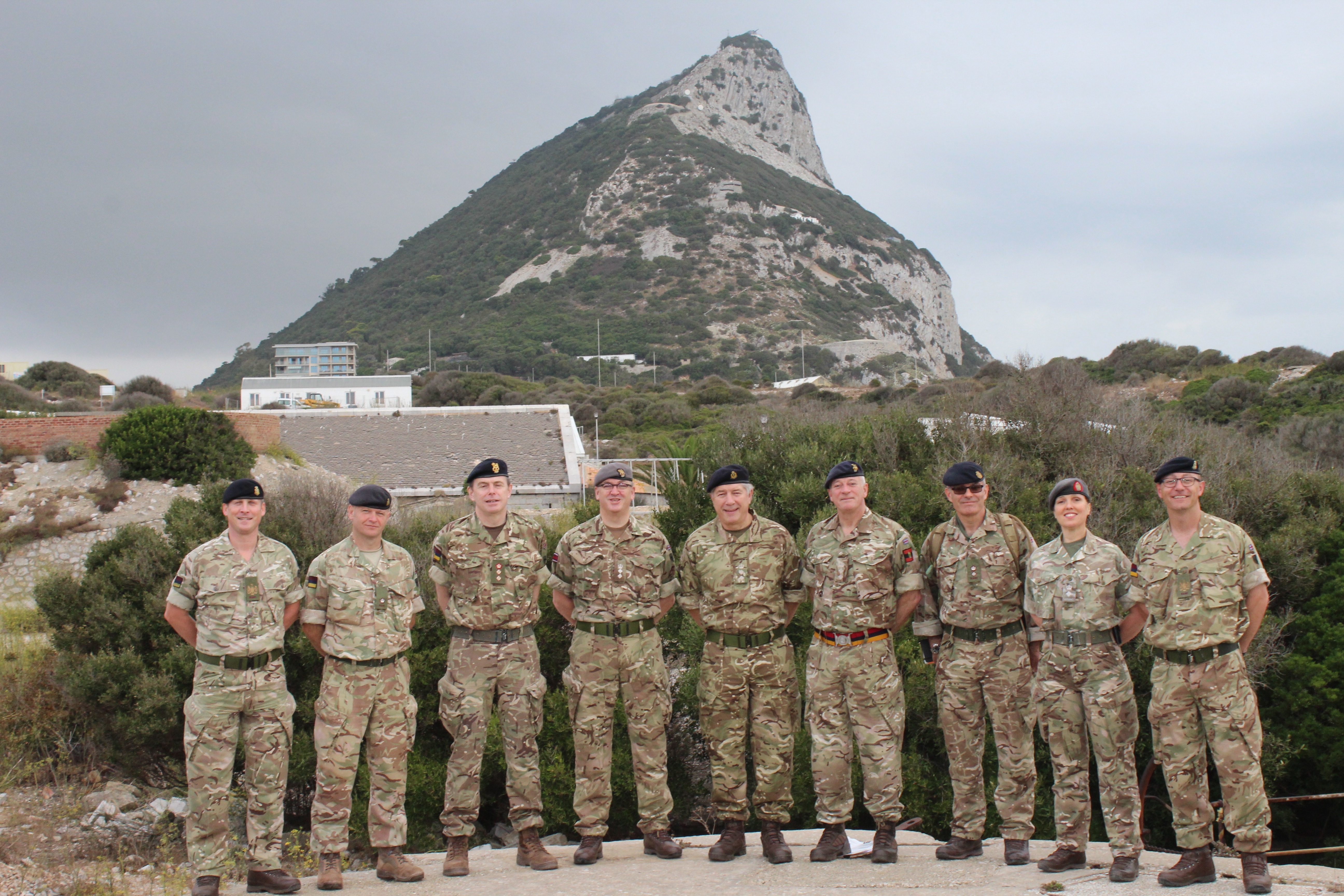 207 (Manchester) Field Hospital joined 212 Field Hospital for a joint exercise honing both their military and clinical skills on Exercise BARBARY STAR in Gibraltar this autumn.

The exercise comprised a number of phases including the practical field exercise, water beach activities as part of the adventurous training and clinical testing stands. A number of unit members also decided to enter the Gibraltarian Triathlon on their day off!  Both units learnt a great deal on this joint exercise and integrated well.

All military training involves force protection which is critical for operations, so every soldier had an individual assessment to measure their military capabilities in spotting Improvised Explosive Devices (IEDs).

Gibraltar is known for miles of miles of tunnels which aided the defence of the fortress. The tunnel warfare exercise ranged from spotting individual explosives in the dark, applying First Aid and recovering comrades, to rescuing trapped soldiers and practising the moves to clear tunnels in a fire fight if needed. Unit members gained an incredible amount of confidence in working as a team in the pitch-black darkness, and communication was critical to be effective in this exercise.

The military skills of all sections were constantly asses. Whilst primarily clinicians, unit personnel recognise that military skills are critical for living in the field. Members of 207 led their sections through the Seven Combat Questions with a model building relating to the ground for each section. This was one of the number of military skills gained on the camp.

Personnel from both units took part in the Gibraltar fun sprint triathlon on their only day off, which involved a 300m swim in the sea, 10km bike ride and 2.5km run. 207’s Capt Teasdale came second in the experienced ladies, and Capt Connell came second in the novice men’s on his first triathlon. The rest of the unit were up early in the morning to cheer them on.

For more information about 207 (Manchester) Field Hospital and how you can get involved, visit www.army.mod.uk/medical-services/29931.aspx