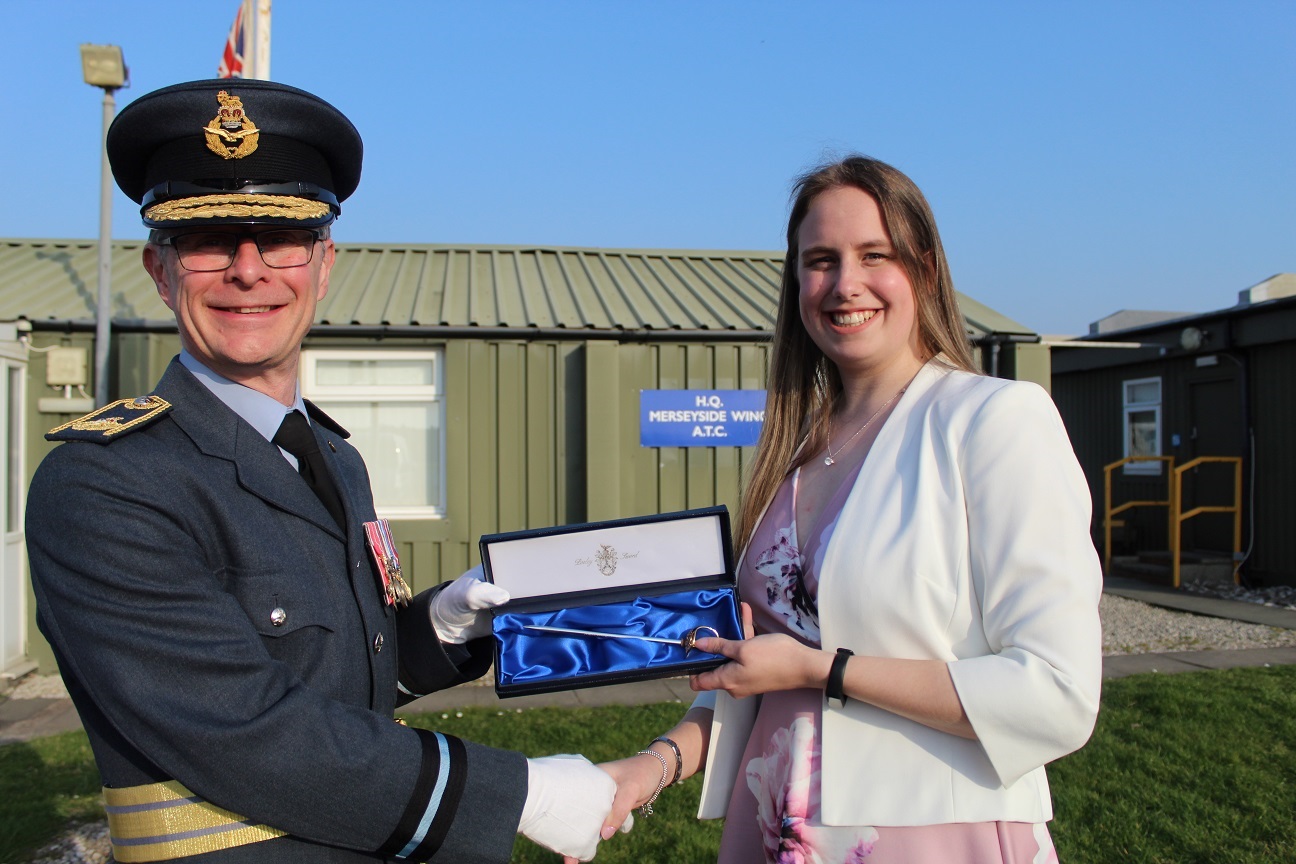 Merseyside Wing Headquarters at RAF Woodvale was visited by the Commandant of the
Royal Air Force Air Cadets, Air Commodore Tony Keeling, to conduct the presentation of the award of
the ATC 75 Sword for the best Female Cadet of the Air Training Corps. This was awarded in May 2020
shortly after the beginning of the first COVID-19 lockdown to Cadet Warrant Officer Samantha Dutton of
146 (Northwich) Squadron, a first for a Cadet of Merseyside Wing, but a more formal ceremony was not
able to be arranged until this week, which was enthusiastically welcomed by all who attended. 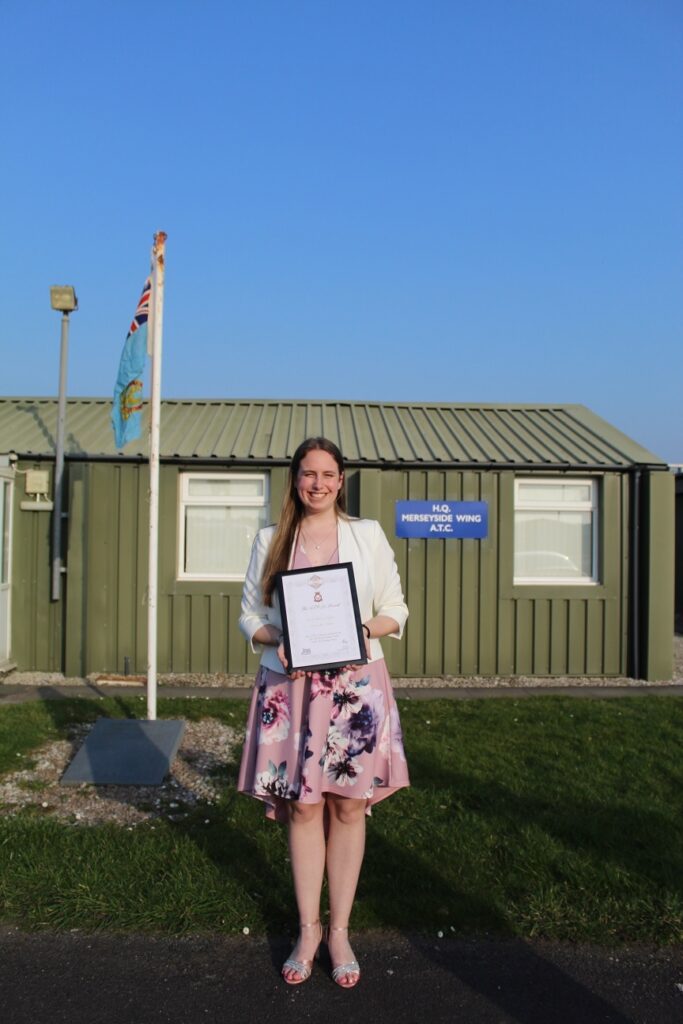 Cadet Warrant Officer, now Sergeant Samantha Dutton RAFAC met with Air Commodore Keeling to
receive her award which was a huge achievement for her time as a Royal Air Force Air Cadet and as a
sign of the level of support she gave to her Squadron, Merseyside Wing and Wales & West Region.

“This prestigious award is presented to the Cadet that has made the most out of the opportunities
available, but also the Cadet who provides the strongest role model for others to follow. As a Cadet,
Sammy was simply outstanding and inspirational. Her successes within the Air Training Corps have come through hard work, commitment, unrelenting zest, and enjoyment. Sammy possesses an infectious
enthusiasm and that transmits to all those around her. She proved that participation and engagement are the key to getting the most out of life and as a role model I have not met, nor can I think of, a better
example of an engaging and representative (former) senior Cadet to promote the opportunities and
benefits that are available to all members of the Air Training Corps. The pandemic delayed the
presentation, but I was delighted to see the Commandant of the Royal Air Force Cadets make the award
to Sammy at Royal Air Force Woodvale. Congratulations Sammy on this significant achievement and the
highest award that can be given to a Cadet – it was thoroughly deserved.”
– Group Captain Roger Simon, Regional Commander, Wales & West

Congratulations once again to you Sergeant Dutton on receiving this great honour.